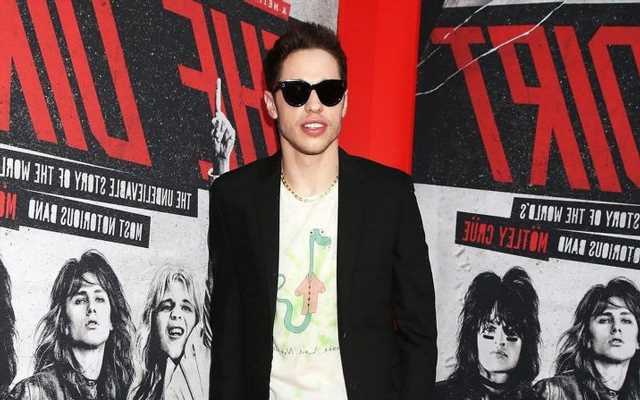 The ‘Saturday Night Live’ funnyman lists all the things he loved about the Thom Browne dress that he donned during his debut at the fashion’s biggest night.

AceShowbiz –Pete Davidson was “excited” about how “easy it is to pee” in his Met Gala outfit.

The “Saturday Night Live” star walked the red carpet at New York’s Metropolitan Museum of Art on Monday (13Sep21) in a black slip dress and white blazer and admitted there was a practical reason why he chose the gown.

Speaking to GQ magazine during his fittings with designer Thom Browne, he said, “I’m excited for how easy it is to pee. You can literally just lift it up…This is very nice. I’m very loose. Everything is swinging around.”

And the comic joked he was going to make things even easier for himself.

He added, “I’m definitely wearing no underwear. It would be so funny.”

The dress had pockets, which Pete claimed would prove very useful.

He quipped, “They added them for my drug paraphernalia.”

“The King of Staten Island” star admitted he initially thought it was a “joke” that he’d been invited to fashion’s biggest night.

He said, “When I was first told I would maybe have the opportunity to attend, I thought it was a joke.”

Pete was delighted to dye his hair blonde for the occasion.

He admitted, “I love dyeing my hair blonde. I’m always looking for an excuse.”

And Pete thought it was “hilarious” that Thom Browne and his team thought he could “pull off” such a daring look.

He said, “If you’re gonna wear a dress, what better way or place to do it than the Met, you know? I’m really excited and really stoked that they thought I could pull this off, which is hilarious.”

But the designer insisted he never had a doubt.

He said, “I always admire people who are willing to take risks. Who feel comfortable in being themselves no matter what they’re wearing. Pete wears the clothes so well, and this really lets his personality shine.”