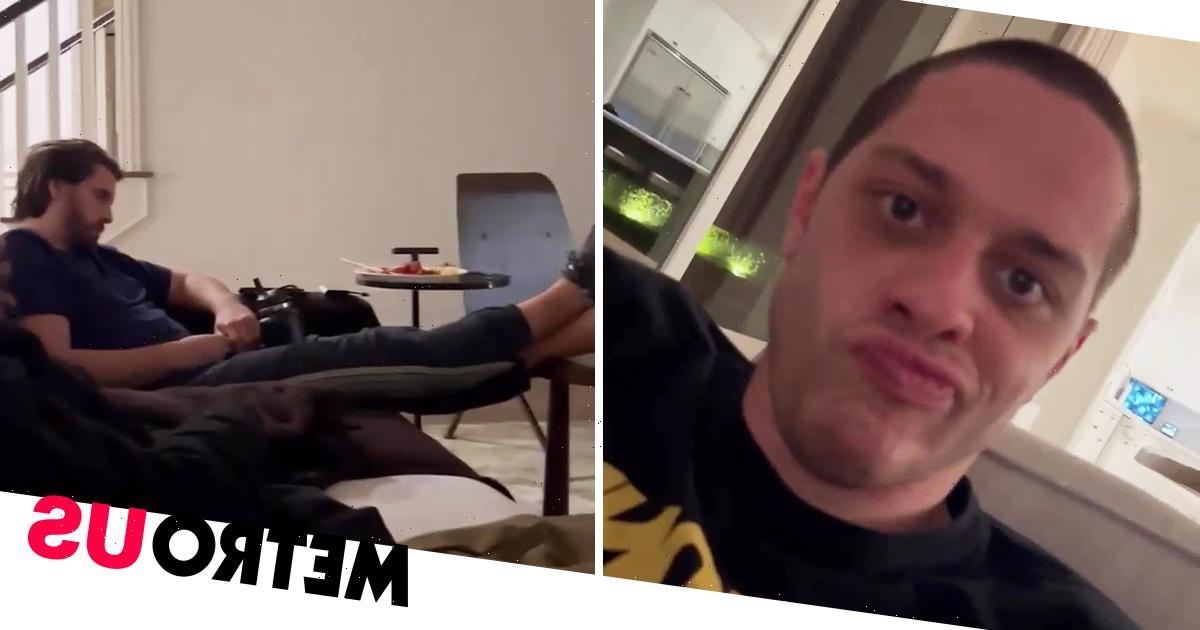 Kim, 41, was nowhere to be seen as boyfriend Pete, 28, enjoyed a boys night with Scott on Saturday.

The Saturday Night Live comedian appeared to hijack Scott’s phone as they hung out at home and shared an Instagram video of the raucous scenes.

Well, the boys night was actually very far from wild as Pete sneakily filmed Scott, 38, after he fell asleep, with the reality star’s infamous partying days apparently far behind him.

It appeared to be a very cosy occasion with the fireplace lit and a movie on in the background. However, it was perhaps a bit too chill as Scott – who was previously in a relationship with Kim’s sister Kourtney Kardashian – and their other friends were filmed enjoying a snooze on the sofa.

After panning the camera around the room to reveal their lowkey evening, Pete turned the lens on himself to show off his unimpressed expression. 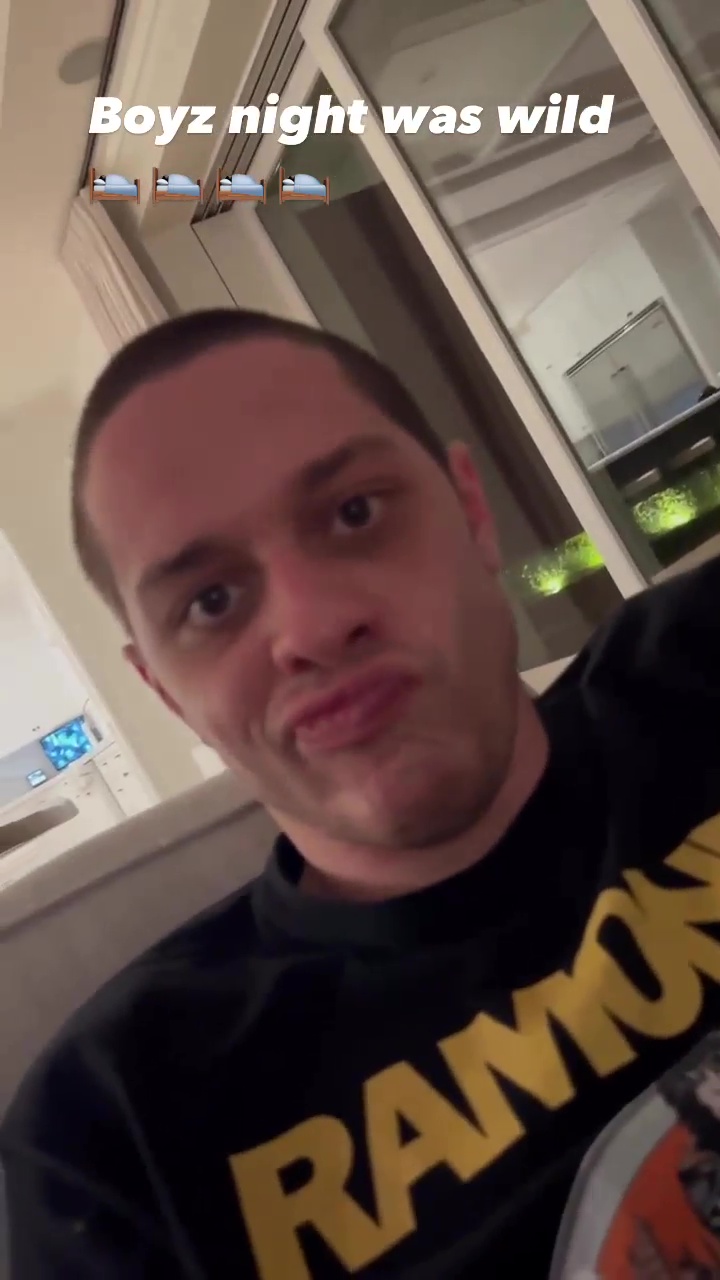 He jokingly captioned the clip: ‘Boyz night was wild.’

It comes after Kim enthused about their relationship for the first time during a frank interview with Ellen DeGeneres.

When questioned over her recent Instagram snap of her and Pete together, she told the host: ‘I guess it’s not official until you post.

‘I have the cutest pictures of us and I want to be like, “Oh my God, we’re so cute.” But then I’m like, “Don’t be so desperate. Don’t be posting so much, just give a glimpse.”

The Skims boss continued: ‘It feels good. I think it’s just in life, like no matter what it is, I just think I encourage my friends and the people that I love just to be happy. And I went for it.

‘I want to hold on to that forever.’

The mum-of-four, who has divorced ex-husband Kanye West, also confirmed that Pete got a tattoo of her name on his chest.

Clearing up the rumours, she confessed that the truth is a little more unique.

‘He has a few tattoos, a few cute ones that he got, but the Kim one isn’t a tattoo, it’s actually a branding,’ she added.

‘He wanted to do something that was really different because okay, first tattoo he got, I was like, “Thank you, oh my god,” second, I was like, “So cute,” but that’s what tattoo people do, right? They get tattoos of what’s going on in their life.’

‘The branding is my name,’ she revealed, before letting slip of the other designs. ‘The other ones are cutesy things. I think my favourite one, it says: “My girl is a lawyer.” And that one’s really cute.’