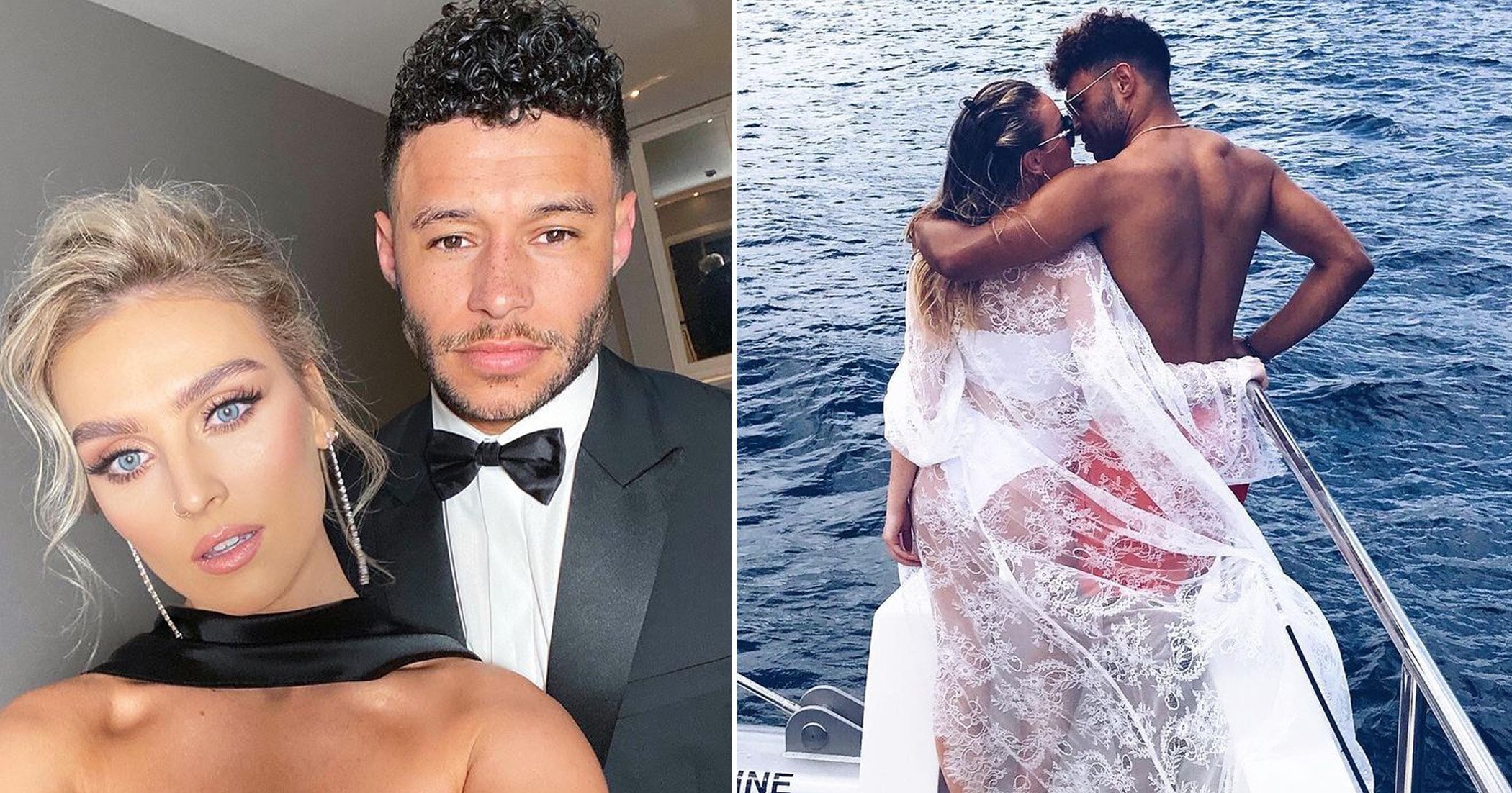 The Sweet Melody singer marked the special occasion with a photo of her and Liverpool footballer Alex on holiday, posing on a boat and sharing a moment of affection.

She cheekily captioned the snap: ‘Happy 5 years of love to my baby Daddy! ♥️.’

Perrie, 28, and Alex, 27, became parents this summer after welcoming their first child, son Axel, on August 21.

The pop star announced the news with a black and white photo of the Axel’s hand before later sharing a full picture of the newborn’s face and confirming his name.

‘2 weeks of loving you. I’ve never felt love like this before! Axel Oxlade-Chamberlain ?,’ she wrote.

Perrie and Alex began dating in 2016 and the singer recently addressed whether they had plans to get married in the future.

Lifting the lid on their relationship during an appearance on the Capital Breakfast Show with Roman Kemp, she was asked: ‘If he did pop the question, is it a silly question to ask, would you say yes?’

Perrie replied: ‘I have to think about it I think… No, obviously!

‘Me and Leigh-Anne [Pinnock] were just chatting and Andre [Gray] wanted to wait for their anniversary.

‘I was like, aww your four-year, I just had my four-year anniversary and I got a Dairy Milk bar of chocolate!

‘But do you know what, I appreciate him, we don’t want to rush into it. But it would be a definitely yes from me, I reckon!’

Despite two members of Little Mix currently busy enjoying their first months of motherhood, the band are releasing a new album this month, Between The Sheets, which is mostly a compilation of their best hits.

Jade Thirlwall has taken on promotional duties for the release and said she was yet to meet Perrie’s son as she wanted to give her bestie time to adjust to being a new mum. However, she did meet Leigh-Anne’s twins and said they were ‘beautiful’.