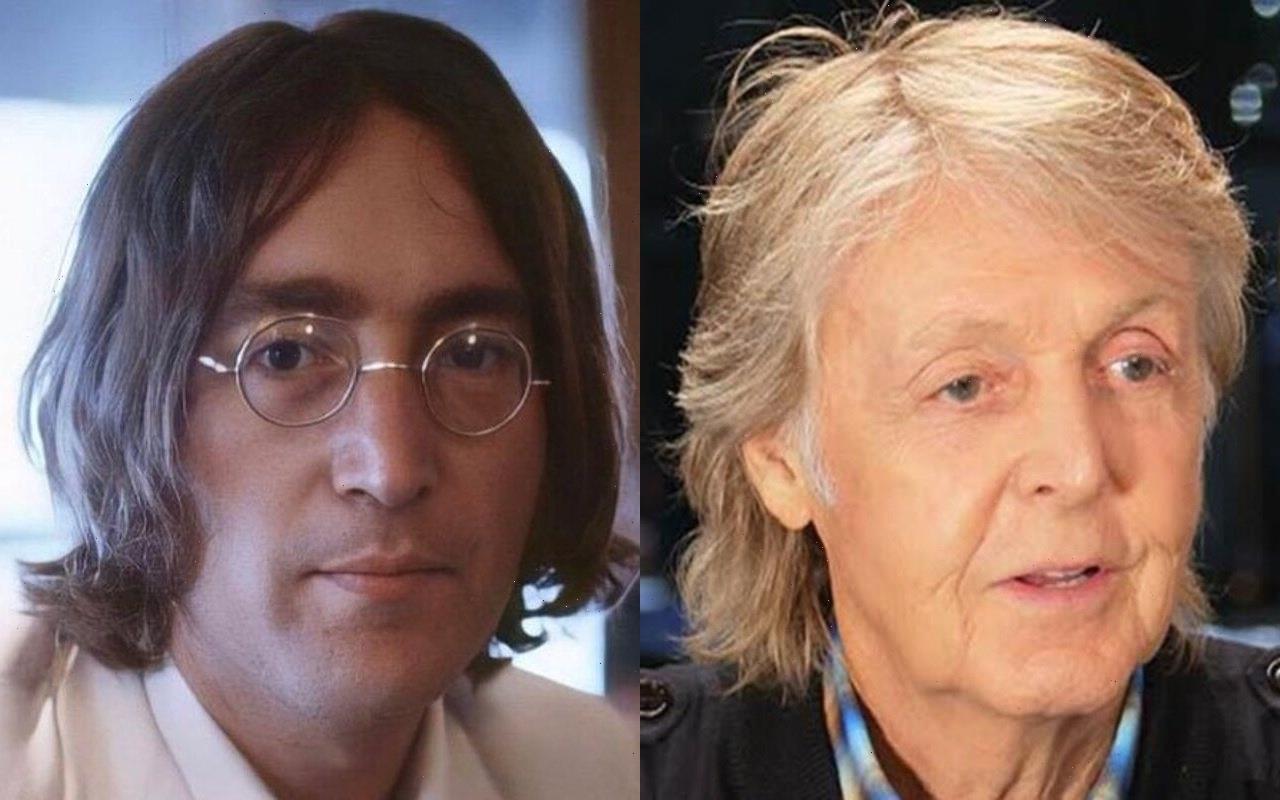 The ‘Chaos and Creation in the Backyard’ singer says in a new interview that he was hit so hard by his Beatles bandmate’s tragic passing that he couldn’t really talk about it.

AceShowbiz -Sir Paul McCartney struggled to talk about John Lennon‘s death after the singer was murdered. More than 42 years ago, on 8 December 1980, the 80-year-old’s former Beatles bandmate was gunned down outside his apartment in New York City, leaving behind his wife Yoko Ono, 89, and sons Sean, 47, and Julian, 59.

“When John died, it was so difficult. It had hit me so much so, that I couldn’t really talk about it. I remember getting home from the studio on the day that we’d heard the news he died,” Sir Paul opened up about his devastation over John’s death in an interview for “The Beatles Channel” on SirusXM.

“Turning the TV on and seeing people say, ‘Well, John Lennon was this,’ and ‘What he was, was this,’ and ‘I remember meeting him’ and it was like, ‘I don’t know, I can’t be one of those people.’ I can’t just go on TV and say what John meant to me. It was just too deep. It’s just too much. I couldn’t put it into words.”

Adding how he managed to express his grief in song, through his 1982 track “Here Today”, which appeared on his album “Tug of War”, Sir Paul said, “I was in a building that would become my recording studio, and there were just a couple of little empty rooms upstairs. So I found a room and just sat on the wooden floor in a corner with my guitar and just started to play the opening chords to ‘Here Today.’ “

He also said the line in the track referencing “the night we cried” was a nod to a time he and John had a heart-to-heart chat – which involved them saying they loved each other – when they got drink together after one of their concerts was cancelled in Florida.

Sir Paul said, “We told each other a few truths, you know – ‘Well, I love you. I love you, man. I love that you said that. I love you.’ And we opened up. So, that was kind of special to me. I think that was really one of the only times that ever happened.”

John was shot in the back five times outside his Dakota apartment building by Beatles fanatic Mark David Chapman, now 67, hours after the singer spoke to him and signed one of his records. The killer – who was infamously carrying a copy of JD Salinger’s “The Catcher in the Rye” novel with his pistol – stayed at the scene of the murder until he was arrested by police, and is still in prison after 12 of his parole bids were denied.