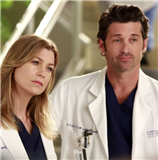 Prior to his character being killed off Grey’s Anatomy on Season 11, Patrick Dempsey was causing problems on set.

Anyone who was paying close attention to the beloved ABC drama at the time was well aware that the actor had grown sick of playing Dr. Derek Shepherd… had made those feelings known… and creator Shonda Rhimes had no choice but to find a solution.

However, an upcoming book sheds shocking and disturbing light into just how badly Dempsey needed to go at the time.

Lynette Rice will release How to Save a Life: The Inside Story of Grey’s Anatomy on Tuesday, September 23.

The book “takes a totally unauthorized deep dive into the show’s humble start while offering exclusive intel on the behind-the-scenes culture, the most heartbreaking departures and the more polarizing plotlines,” a summary from MacMillan Publishers read.

“This exhaustively enthusiastic book is one that no Grey’s Anatomy fan should be without.”

Rice conducted 80 interviews with the program’s current and former cast, crew members and the musicians whose songs were featured on the show

Via excerpts released on Thursday, however, it’s clear which section and which topic will garner the most attention: The departure of Dempsey.

His character was killed off via a car crash in April 2015 and the veteran actor told Entertainment Weekly at the time that the development came about naturally.

“It just sort of unfolded in a very organic way,” he said back then.

“I don’t remember the date. It was not in the fall. Maybe February or March. … It happened very quickly.”

In her book, Rice spoke with various inidividuals about those final days with Dempsey and the rest of the crew.

“There were times where Ellen [Pompeo] was frustrated with Patrick and she would get angry that he wasn’t working as much,” producer Jeannine Renshaw recalls.

“She was very big on having things be fair. She just didn’t like that Patrick would complain that ‘I’m here too late’ or ‘I’ve been here too long’ when she had twice as many scenes in the episode as he did.

“When I brought it up to Patrick, I would say, ‘Look around you. These people have been here since 6:30 a.m.’

“He would go, ‘Oh, yeah.’ He would get it. It’s just that actors tend to see things from their own perspective. He’s like a kid.”

Before Dempsey departed the series, the actor was allegedly the cause of some “HR issues.”

“It wasn’t sexual in any way,” James D. Parriott says in the book.

“He sort of was terrorizing the set. Some cast members had all sorts of PTSD with him. He had this hold on the set where he knew he could stop production and scare people.

“The network and studio came down and we had sessions with them. I think he was just done with the show.

“He didn’t like the inconvenience of coming in every day and working. He and Shonda were at each other’s throats.”

Rhimes, therefore, had to get rid of this cancer on set.

“A lot of the complaining … I think Shonda finally witnessed it herself, and that was the final straw,” Renshaw says.

“Shonda had to say to the network, ‘If he doesn’t go, I go.’ Nobody wanted him to leave, because he was the show. He and Ellen.

“Patrick is a sweetheart. It messes you up, this business.”

For the book, even Dempsey confessed that the Grey’s Anatomy schedule could be frustrating and exhausting.

“You never know your schedule, so your kid asks you, ‘What are you doing on Monday?’ And you go, ‘I don’t know,’ because I don’t know my schedule.

“Doing that for eleven years is challenging.”

Ultimately, Dempsey said he was “grateful” for the experience, noting to Rice:

“You’re well compensated, so you can’t really complain because you don’t really have a right.”

As for why Rhimes went ahead and killed Derek off?

“I don’t think there was any way to exit him without him dying,” the uber producer said in the past.

“He and Meredith were such an incredibly bonded couple at that point. It would be completely out of character if he left his kids.

“There was no exit that would honor that character other than if he were to die.”

Dempsey, of course, made a shocking return to Grey’s Anatomy on Season 17.

How the heck did that come about?

The star said at the time that he had started to talk again with Pompeo and producers came up with a way for Derek to vist Meredith in a fantasy beach scene while she was in a Covid-induced Coma.

“We hadn’t spoken or been together for a while,” Dempsey said of Pompeo, adding that the pandemic and the storyline played a role in his decision.

“It was a great opportunity to catch up and say, okay, what can we do for all the frontline responders?

“I’ve been tracking what Grey’s had been doing with giving masks, and making sure that people had the right equipment, and it came from that place — okay, what can we do to make people feel better, to give some comfort in this time of uncertainty, and that’s how it began.”

“I think the whole atmosphere has changed, certainly working at the beach, and seeing everybody again was really a very healing process, and really rewarding, and a lot of fun.

“And hopefully, that feeling translates, and the fans enjoy it.