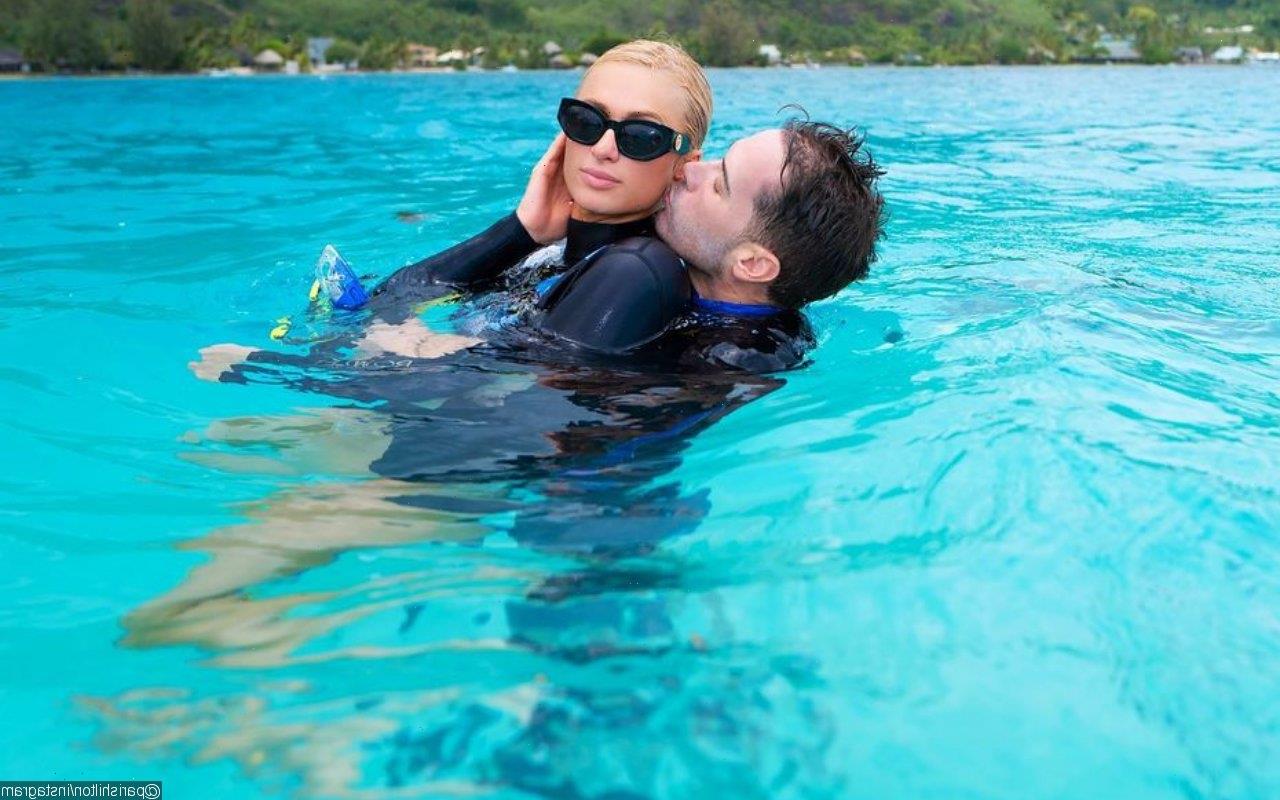 Days after tying the knot, the ‘Cooking with Paris’ star shares via her social media account photos of her and her new husband taking a splash in wetsuits in the South Pacific sea.

AceShowbiz –Paris Hilton and Carter Reum are currently in Bora Bora on the first stop of their honeymoon world tour.

The 40-year-old socialite and the entrepreneur, also 40, recently tied the knot with a three-day wedding celebration, and now they are on a romantic globe-trotting trip, kicking off in the South Pacific.

Alongside snaps of the pair taking a splash in wetsuits in the sea, Paris wrote on Instagram, “First stop on our Honeymoon world tour… Bora Bora. Swimming in the South Pacific oceans with my love.”

The “Cooking with Paris” star also took to her Instagram Story to share a picture of herself on a boat wearing a top with “Wifey For Lifey” emblazoned across it.

The newlyweds tied the knot on November 11 and capped off their nuptials with a star-studded bash at her family’s Bel Air estate in California. The party was attended by her mother Kathy Hilton, her sister Nicky Hilton, and the likes of Ashley Benson, Emma Roberts, Kyle Richards, Stacey Bendet and Sofia Richie among others.

The heiress was wearing a silver star dress with semi-sheer details for the Saturday night festivity, while her new husband donned an all-black, three-piece suit with black dress shoes. Macy Gray made merry the event with her performance, while attendees snacked on McDonald’s french fries.

Before tying the knot with Paris, Carter teased what their special day would be like in a November 11 episode of “This Is Paris” podcast. “It is definitely going to be your fairytale wedding,” he gushed. “That first kiss and that first hug and as we always say, the electric bolts that are going to shoot between us-I’m going to think about all those memories.”