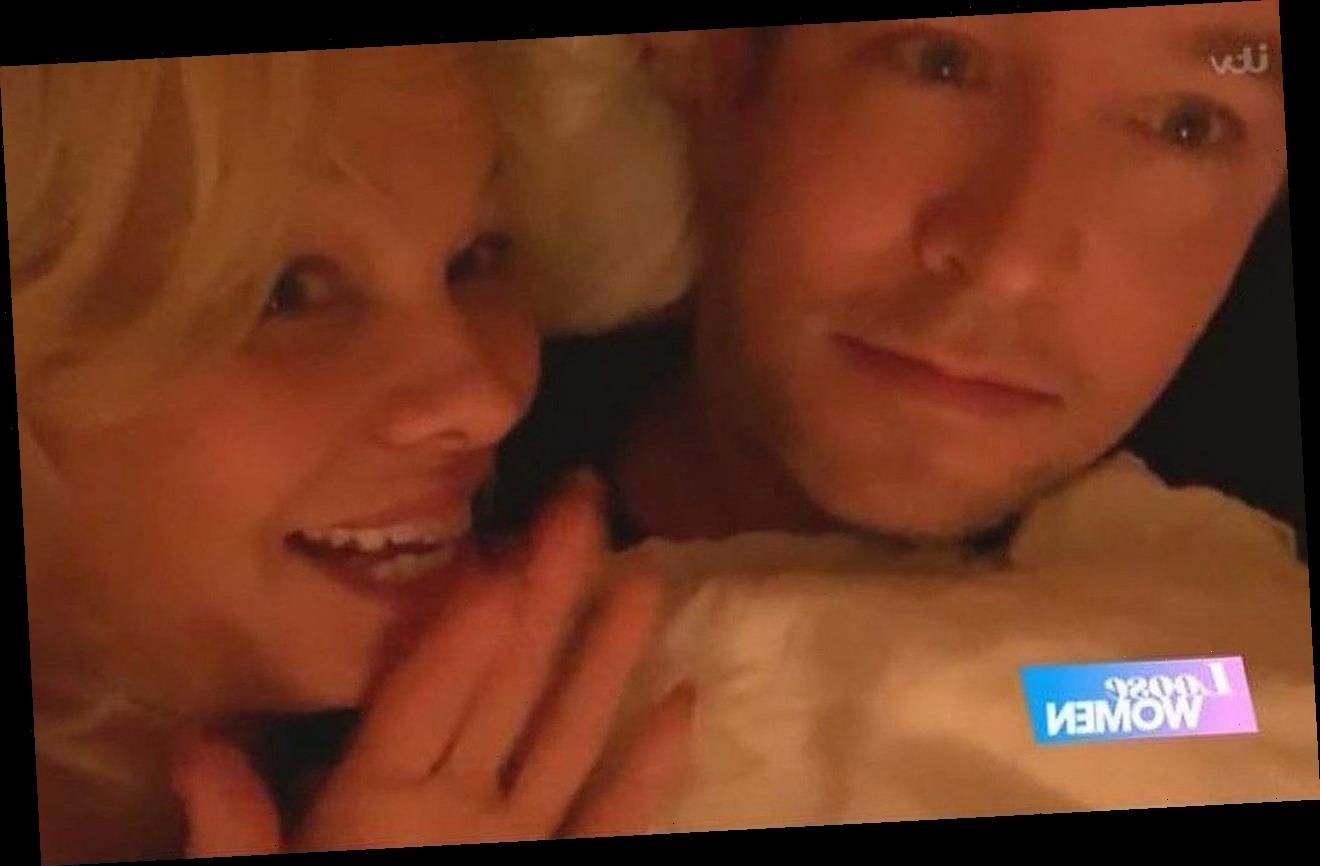 The ‘Baywatch’ actress and her new husband Dan Hayhurst give a bizarre interview from their bed as the couple make their television debut after their secret wedding.

AceShowbiz –Pamela Anderson stunned British TV viewers when she gave a bizarre interview alongside her new husband Dan Hayhurst from her marital bed.

The “Baywatch” star Pamela appeared on British TV show “Loose Women” on Friday (19Feb21) to speak about her marriage to the builder who she secretly wed in the garden of her Vancouver Island home on Christmas Eve. And in a conversation viewers branded “embarrassing and awkward,” the couple, who was interviewed live from their bed, said they want to remain in lockdown forever while Dan joked about Pamela falling for his manhood.

The panel asked them about married life and Pamela confessed they hadn’t left their bed since Christmas Eve.

“I’ve been home for the last year and a half renovating. It’s a gorgeous piece of property. And Dan and his kids are living here too. We’re having a good time,” she said. “We prefer to be by ourselves but it would have been nice to have some people here.”

As the Loose Women tried to ask them about their relationship Pamela kept moving the camera and the couple giggled away, with Dan asking them if they wanted to go under the covers.

Panellist Nadia Sawalha said when the interview came to an end, “I think that was the most unusual chat we’ve ever done, it was fabulous.”

Fans soon took to Twitter to slam the interview, calling it “awkward” and “cringeworthy.”

One Twitter user Aaron Spencer said, “This Pamela Anderson interview on # loosewomen is the weirdest thing I have ever watched.”

While another added, “Was it only me that found that interview with Pamela Anderson totally nauseating? So not necessary.”

And Jen said, “That’s the weirdest, most awkward, cringey interview I’ve ever witnessed.”