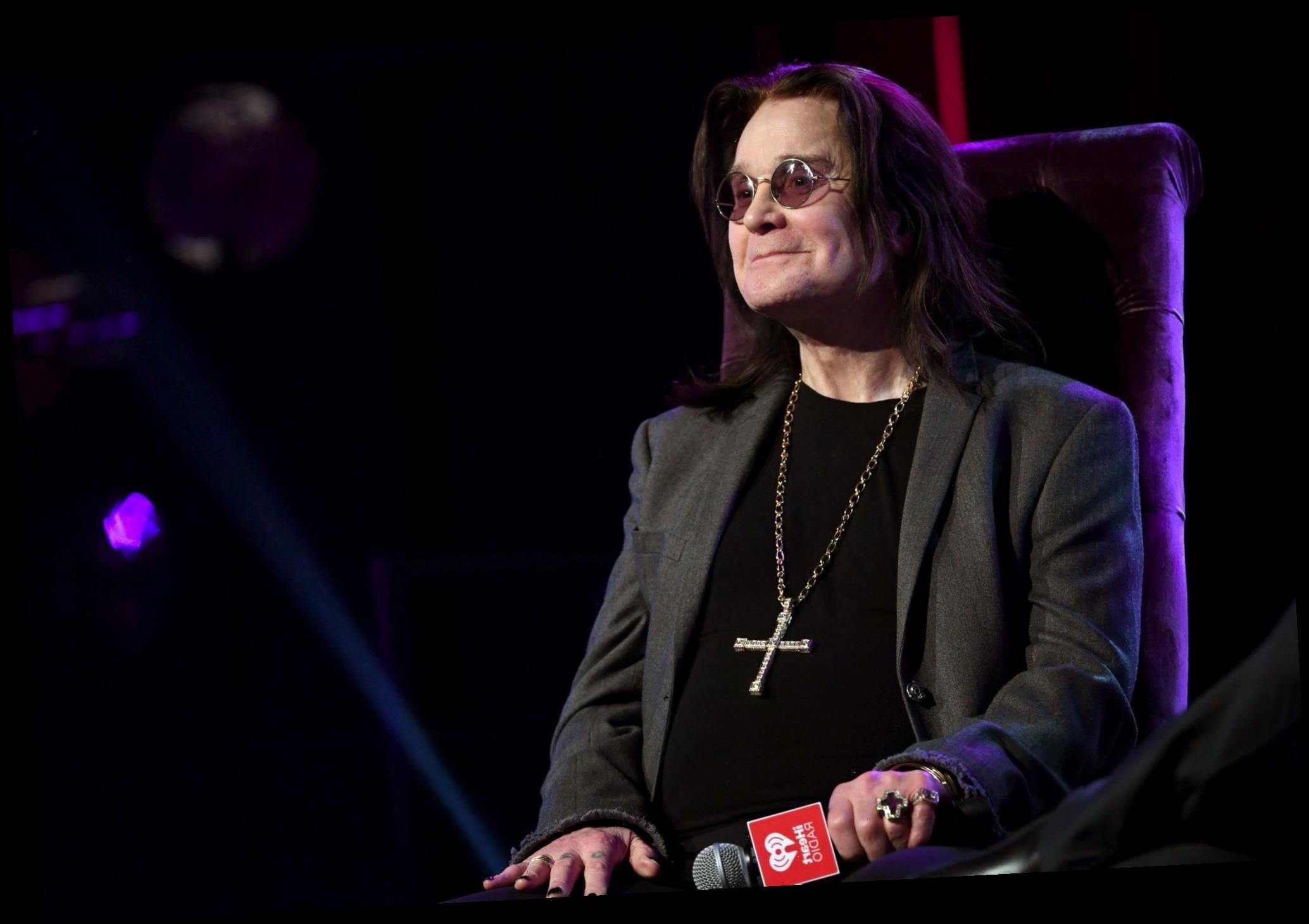 Ozzy Osbourne is feeling significant relief now that he has received the first dose of the COVID-19 vaccine.

In a virtual appearance alongside his wife Sharon Osbourne, 68, on the British talk show Loose Women, Osbourne, 72, sat shirtless in a bed covered in rose petals and several of the family's dogs.

When asked if he had received the COVID-19 vaccine yet, Osbourne proclaimed "Of course!"

"He says, 'of course' — he only had it yesterday," laughed Sharon, who sported a cozy pair of pajamas.

“As soon as I got it, I felt relieved," Ozzy said. "It felt like I was being stabbed. My arm was hurting yesterday, but I'm glad I got it, you know?"

Due to his significant health problems, Osbourne previously said that he wanted to get the vaccine, because he knew skipping it could have severe repercussions.

“I want to get the shot,” he said on SiriusXM, Yahoo U.K. previously reported. “I look at it like this — if I don't get the shot and I get the virus, there's a good chance I ain't going to be here.”

In addition to Osbourne's Parkinson's disease diagnosis, he has suffered several other health issues. Back in 2019, Osbourne hurt his neck and back in a fall at home, and had to undergo surgery. The incident aggravated the serious injuries he sustained in a quad bike crash back in 2003.

Unfortunately, not all the members of the Osbourne family were able to avoid the virus. In December, Sharon revealed on Instagram that she had contracted the virus and was hospitalized for a short time.

"I wanted to share I've tested positive for COVID-19. After a brief hospitalization, I'm now recuperating at a location away from Ozzy (who has tested negative) while The Talk is on scheduled hiatus," she said in an Instagram post.

After a period of quarantine, Sharon was able to return home to her family in time for Christmas.

"Got the OK to go home after two negative test results and look at the joy waiting for me!" she wrote on Instagram, along with a photo of a masked Ozzy joyfully welcoming her home with their dogs. "So grateful to be home for the holidays and thank you all so much for your love and support."

While she successfully recovered from the virus, Sharon said she was still feeling its effects, including fatigue and loss of taste and smell.

"I'm feeling really fine now, except that I'm still really tired. I nod off at ridiculous times of the day," she said in a virtual appearance on her talk show The Talk. "I'm good, you know I went through all the symptoms — headache, eye ache, body ache, dizziness, sickness, all of it."

In the chat on Loose Women, she shared that she should receive the vaccine in about two weeks, and still has a "good amount" of antibodies in her system that should last "about another six weeks."

Back in September, Osbourne announced on The Talk that her 3-year-old granddaughter Minnie had been diagnosed with the virus.

Not how I wanted to start the new season of @TheTalkCBS pic.twitter.com/OA4JTqLvXy

"She caught it from somebody that works for my son. It just goes to show you — she’s 3 years of age — that children can get COVID," Osbourne said of Minnie, who is the youngest child of Jack Osbourne.