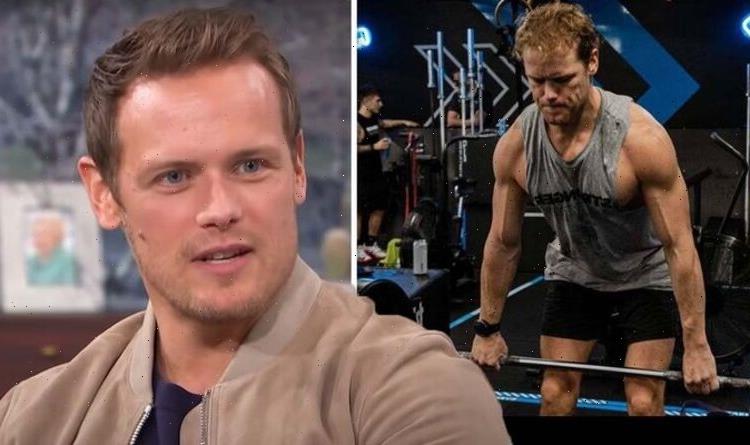 Sam Heughan, who is best known for playing Jamie Fraser in Outlander, revealed he auditioned for the role of Superman in the 2006 film, Superman Returns, but didn’t end up landing the part. The role ended up going to Brandon Routh, but the experience of auditioning taught Sam, 41, he needed to make a change if he was going to secure roles in future.

Scotland-born Sam had already made somewhat of a name for himself with appearances in Midsomer Murders, Island at War and River City.

Then, aged 24, he travelled to the US and auditioned for the superhero blockbuster.

However, his diet meant he was not fully equipped to take on the role.

Sam said: “I grew up a pescatarian, or sort of vegetarian-pescatarian. I didn’t start eating meat until I came to America when I was 24.

“At the time I was auditioning for Superman, and I had a trainer and they were like, ‘You need to get bigger, you need to fill out the cape’, and he told me to eat more protein.

“I remember the first time I had chicken and suddenly I was like, ‘Oh my God, I have all this energy and I don’t feel hungry all the time.”

Clarifying that he was auditioning for Superman Returns, Sam continued: “The movie, it was the Brandon Routh one, it was way back then.

“I did a number of auditions, met the producers, but we never did a screen test or anything.

“It was the beginning of me sort of coming to America I guess and the audition processes, and I realised I needed to change my body shape for the sort of roles I was going for,” he explained to Marc Malkin on his Just For Variety podcast.

Despite losing out on the part, Sam went on to land a role in BBC’s Doctors in 2009 which saw him nominated as Villain of the Year at the British Soap Awards.

But his big break came when he was cast as Jamie Fraser in historical drama Outlander in 2013.

Following a long break from his fellow castmates, Sam recently opened up about the challenges of making the show in chilly locations in Scotland.

He explained to Men’s Health: “Outlander is a pretty intense, dramatic show. But behind the scenes, we do have a good time. Everyone is so good-natured.

“You get so close to the rest of the cast and crew, and we’re always laughing and enjoying each other’s company. It’s a tight-knit family.”

Due to the pandemic, filming had to be pushed back until February last year.

Therefore, the cast hadn’t worked together since the fifth season wrapped way back in 2019.

Sam continued: “The first few days of shooting are kind of unsettling.

“It feels like you’re in this post-apocalyptic world, but to be honest, once you get on set, you just feel so lucky to be able to work and to be kept safe and to hopefully provide some entertainment.”