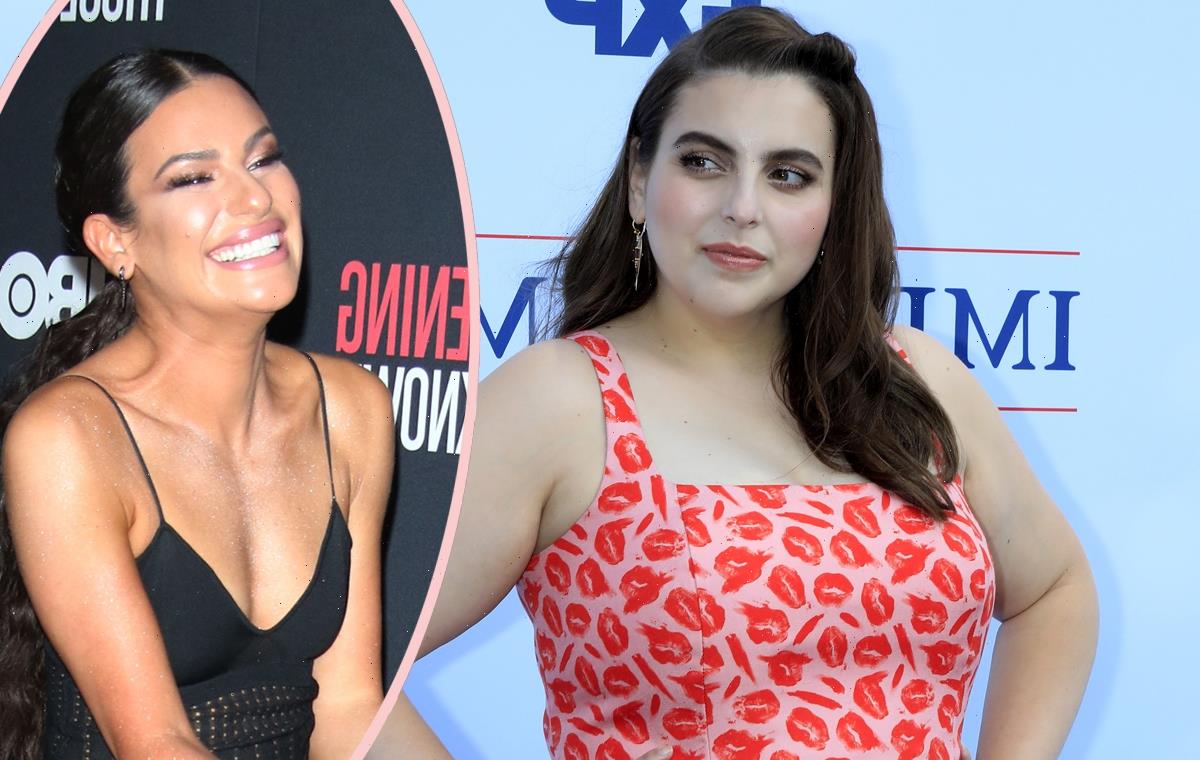 You know what Broadway show we really want to see? The one about everything that happened behind the scenes of this messy switch-up!

Beanie Feldstein announced on Sunday that she was stepping away from the lead role of Fanny Brice in Funny Girl at the end of July, two months earlier than expected! She did not explain why but wrote to her fans on Instagram:

“Playing Fanny Brice on Broadway has been a lifelong dream of mine, and doing so for the last few months has been a great joy and true honor. Once the production decided to take the show in a different direction, I made the extremely difficult decision to step away sooner than anticipated.”

“The production decided to take the show in a different direction.” Huh. That is a loaded statement if ever we read one! And the recasting news that followed felt like the other shoe dropping. Because the actress coming on to replace her is none other than…

OK, rewind a sec. For those who don’t know, Lea has dreamed of doing a Funny Girl revival on Broadway basically forever. The unabashed Barbra Streisand stan wasn’t shy about it — it was a plot point on Glee, she spoke to Andy Cohen about it, it was KNOWN.

So when it was announced last summer that a new production of Funny Girl was coming — but with the Booksmart star instead — folks couldn’t help but look Lea’s way. The Cannonball singer had recently been in the news for all the wrong reasons as stories of her being a true Hollywood mean girl had been bubbling up all over. Many couldn’t help but see her being passed over for her dream role as reaping what she sowed by seemingly stepping on so many toes.

But now… well, she finally got what she wanted, didn’t she? Her rival is suddenly leaving early, under mysterious circumstances, and she’s got the lead she wanted. Sounds almost more All About Eve than Funny Girl, doesn’t it? Did she swoop in after Beanie left? Or is this what the departing diva meant by the producers taking the show “in a different direction” — towards Lea??

Fans obviously have their theories! See all the most hilarious Twitter reactions (below)!

“Lea Michele actually landed the part of Fanny Brice in Funny Girl on Broadway. Really starting to think Glee was a documentary.”

“Lea Michele is proof that if you don’t change or learn even a single thing when faced with your reprehensible behavior, all of your wildest dreams can come true!! Stay the course!!”

“for those of you outside the glee world, the lea michele replacing beanie is our infinity war but specifically when thanos looks up and says you should have gone for the head”

“i need to get tickets to lea michele’s first performance of funny girl so i can walk out halfway through just like sue did in s5, ep17”

Oh, btw, Beanie isn’t the only one leaving! Lea’s Glee co-star Jane Lynch is also departing early, just as her former castmate is coming on board; she’ll be replaced by Tovah Feldshuh in the role of Mrs. Brice.

Fans can’t help but assume Jane is getting the eff out of there because she’s worked with Lea before! As one hilarious tweeter put it:

What do YOU think of Lea replacing Beanie?? Is there more to the story? And will we ever hear all about it??