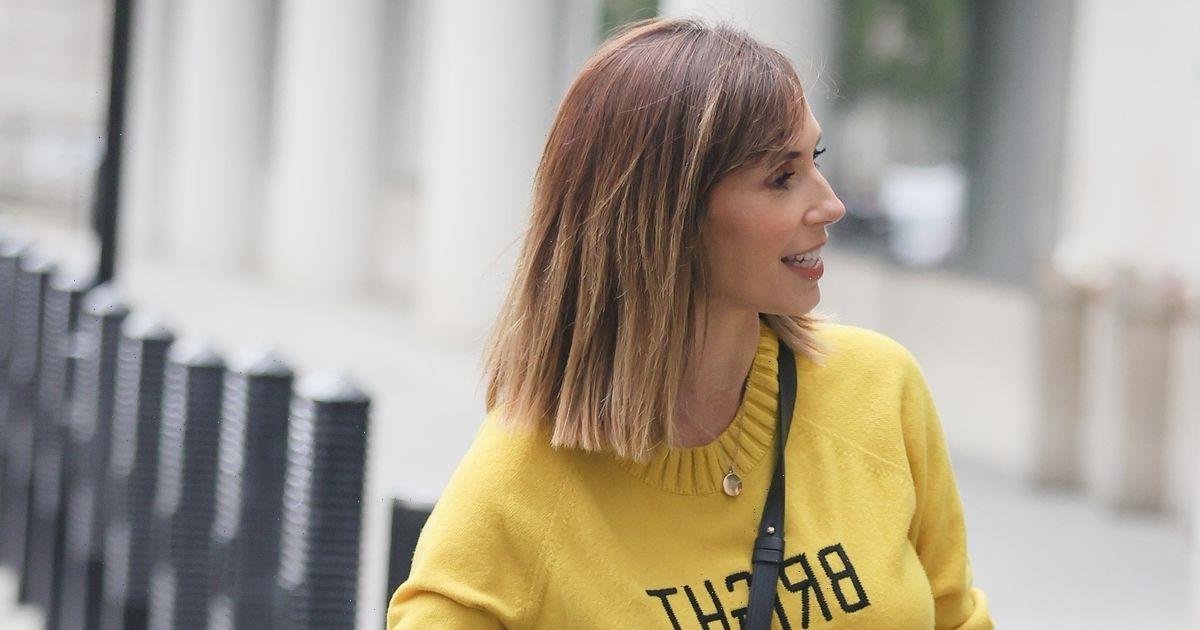 Alex Jones has displayed her growing baby bump as she stepped out for a day out in London and the star is positively blooming.

And now the couple, who got married in 2015, are expecting their third child together later this year.

Alex looked fresh-faced as she hopped into a car for her journey, her caramel blonde locks windswept in her signature cropped style.

The star was rocking a yellow jumper with the words embroidered: “Bright side.”

She also opted for a pair of casual blue jeans and a black tasselled cross body bag.

Holding her phone in one hand, the BBC presenter accessorised her outfit with a silver link watch and a gold disk necklace.

It comes after the TV presenter previously admitted that she had no idea she was expecting her third child and initially blamed her symptoms of fatigue and hunger on her vegan diet.

The doting wife explained that she wasn't necessarily planning on having another child – and was stunned to discover that a new arrival was on the way.

"I just felt really tired, but, of course, in hindsight, I was pregnant. I thought it was the veganism making me drained of energy, but it wasn't," she told MailOnline.

Giving further context, Alex added: "This is ridiculous in a third pregnancy, but I didn't realise the clues were there because I honestly blamed everything on the veganism. I was so tired and hungry all the time, and I thought it was that."

Alex admitted that she and her husband were “ecstatic” to learn they were having a little girl.

However, she did acknowledge the difficulties associated with soon being a mother of three young children.

"It'll be hellish at times, I'm sure, because we'll have three under four and a half, so it'll be quite demanding. We just feel super lucky, super lucky that it's happened," she said.