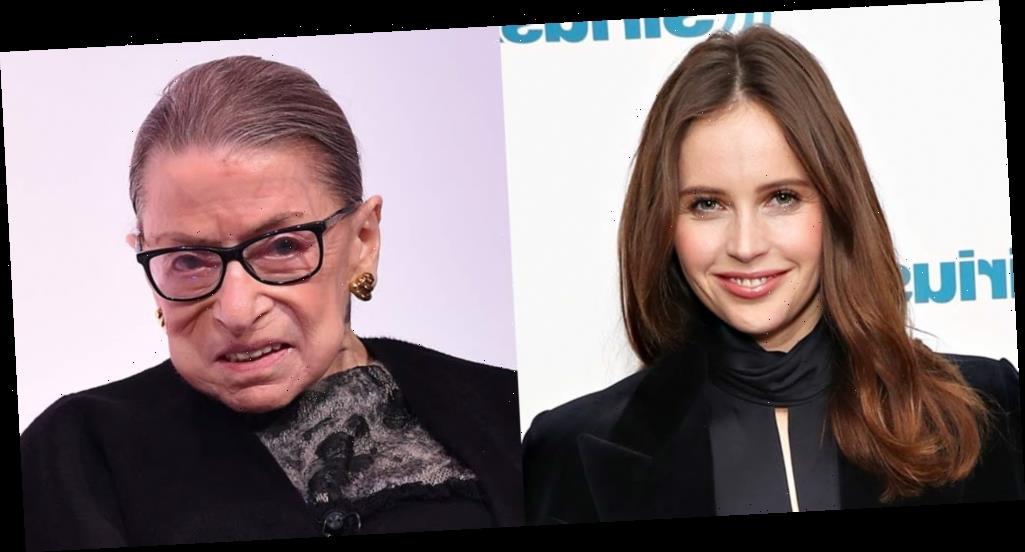 Felicity Jones played Ruth Bader Ginsburg in the 2018 movie On the Basis of Sex and now she’s paying tribute to the late Supreme Court Justice after her death.

The Oscar-nominated actress mourned the loss of the icon in a statement that was released on Saturday (September 19).

“Ruth Bader Ginsburg gave us hope, a public figure who stood for integrity and justice – a responsibility she did not wear lightly,” Felicity said (via People). “She will be missed not only as a beacon of light in these difficult times but for her razor-sharp wit and extraordinary humanity. She taught us all so much. I will miss her deeply.”

In an interview with Yahoo ahead of the film’s release in 2018, Felicity opened up about why Ruth was a superhero.

“I feel that she’s a pioneer,” she said. “She’s someone who has pushed back against injustice. And someone who definitely understood injustice because she’d gone through it herself and then harnessed the anger that she felt in an incredibly productive way and gives us hope that change can happen.”

Read what more celebrities are saying in their tributes.

The movie can currently be streamed on Showtime Anytime or purchased on iTunes, Amazon, or Vudu. (Some products on this site use affiliate links and we may earn commission for any purchase made through the links.)