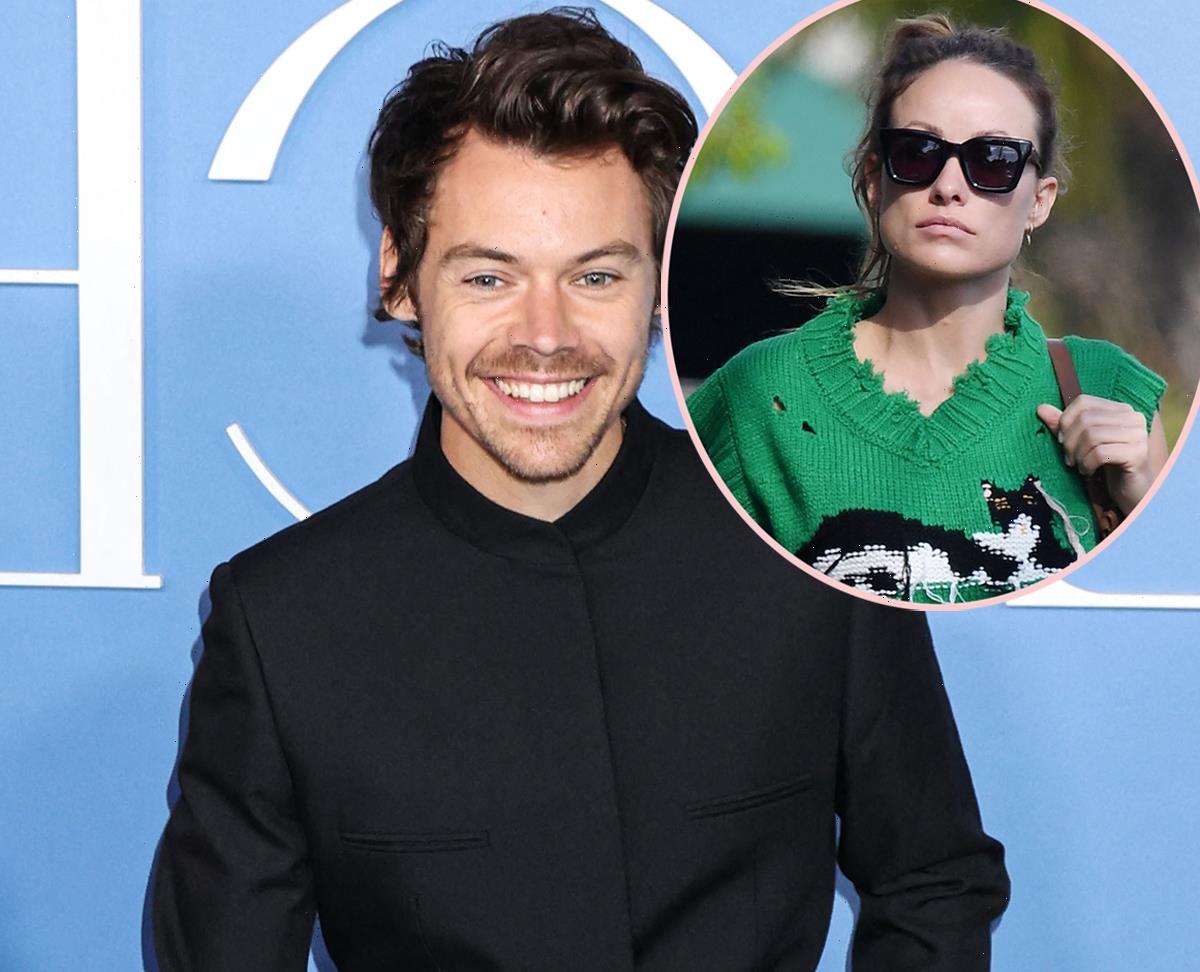 Harry Styles doesn’t seem to be torn up about his breakup with Olivia Wilde!

As you know by now, news broke last month that the pair were taking a break after two years together, with People sources first claiming it was “a very amicable decision.” Page Six insiders shared similar sentiments about the split, saying:

“There is no bad blood between them. Harry didn’t dump Olivia, or vice versa. This is the longest relationship Harry’s ever had, so clearly they have a special bond.”

The source added the decision to pull the plug on the relationship at this time came down to their busy schedules:

“They’re on a break. It’s impossible to have a relationship when he’s in every continent next year and Olivia has her job and her kids. This is the right thing for both of them.”

Buuuuut that all kind of sounded like spin to us. Mutual breakups? No bad feelings? This isn’t some kind of handcrafted fantasy world. And the saving face has continued ever since. Olivia showed up to a red carpet all smiles shortly after the breakup news dropped. Harry has seemed in good spirits. But according to sources, only one of these is genuine…

Reports have come out that while the Booksmart director may seem fine, she’s actually incredibly “upset” behind closed doors. In fact, a source for Entertainment Tonight shared on Wednesday that the 38-year-old actress “is still pretty hurt by” the split, adding:

“Olivia and Harry had a lot of love for each other and had a great time together, so it’s been an adjustment for her.”

As Olivia reportedly has been taking the breakup hard, she is trying to keep her mind off it by focusing on her two children, 8-year-old Otis and 6-year-old Daisy, and co-parenting with her ex Jason Sudeikis. The insider said:

“She is putting her energy into her kids and family. Things between Olivia and Jason are manageable and she’s doing her best to co-parent with him in a healthy way. She isn’t rushing to date anyone again right now.”

Considering the drama surrounding her relationship with Harry, which included cheating accusations and feud rumors with the Don’t Worry Darling cast, it’s no wonder Olivia is taking a breather from dating and enjoying her family time instead!

But as for how Harry is doing post-split? Well, it sounds like he isn’t hurting as much as Olivia! Or even at all! While she’s still apparently nursing a broken heart, the ET insider noted that the 28-year-old singer “isn’t too broken up” about it right now:

“Harry is doing his own thing and focusing on work and his friends. He isn’t too broken up about their split.”

Ouch!!! Even if it really was an “amicable decision” between them to call it quits, you would think Harry would feel a little upset by it since they were dating for two years! But apparently, no effect whatsoever! That’s gotta hurt even more for Olivia. Damn.

Reactions, Perezcious readers? Are you surprised Harry isn’t reeling after their split? Sound OFF in the comments below.