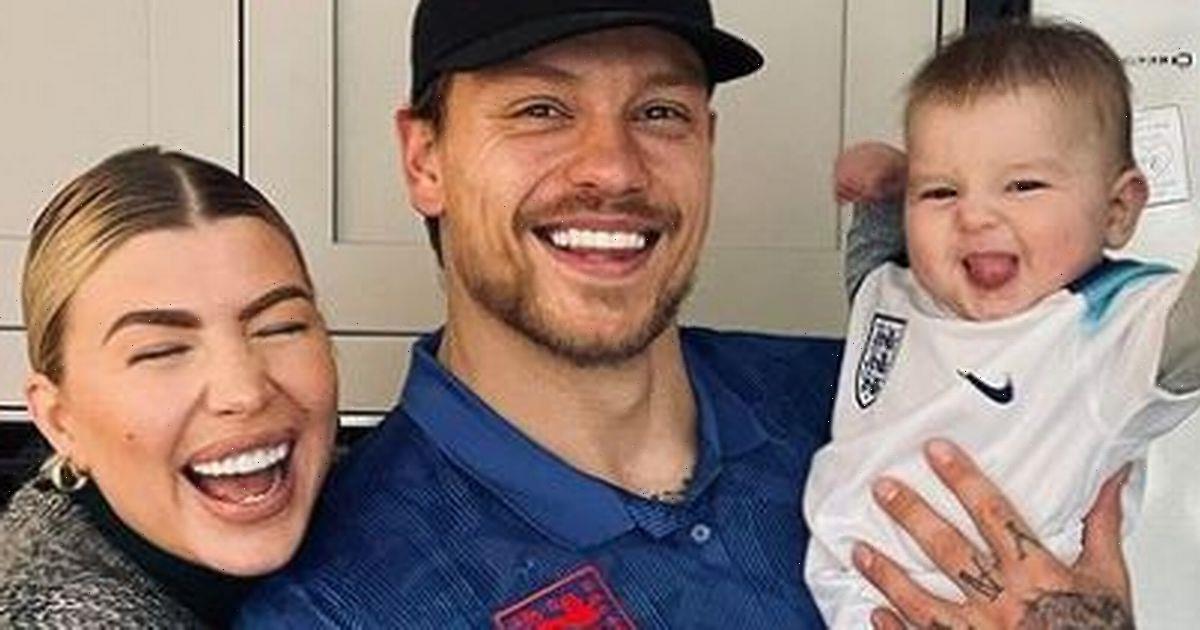 Olivia Bowen left her fans in hysterics on Tuesday night as she decided to wind up husband Alex Bowen with a hilarious prank during the highly anticipated England vs Wales World Cup match.

In a video shared to her Instagram, the Love Island star, 28, secretly filmed Alex, 31, whom she married in September 2018, as they watched the football together.

During the clip, Olivia innocently says: "He just went forward and backward to collect it together."

With Alex looking confused, Olivia continued: "Why not just collect it together? And push it through?"

Alex remained to be confused as Olivia continued to say the same statement over again before he spotted the camera filming, leaving his wife in hysterics.

Olivia captioned the video with: "Girls PLEASE do this to your partners when your watching the football, I saw it on TikTok and it did not disappoint @ab_bowen. They just need to collect it and push forward?" with laughing emojis.

To which Alex hilariously commented on the video, saying: "Grow up Olivia."

Olivia's 3.1 million followers and celebrity pals were quick to react with Vicky Pattison commenting: "Dead" with a laughing emoji.

The pair started laughing as they continued to watch the game together, where England ended up winning 3-0 against Wales.

The couple both looked comfy as Olivia was wearing dark blue pyjamas with stars on it, and Alex sported some shorts and a T-shirt.

Alex posted a video on his Instagram Story as the match started, showing off his comfy setting on the sofa next to his wife with the TV in front of them and a beer in his hand. They also had a fire on next to the sofa.

Olivia and Alex first got together in 2016 after meeting on Love Island and the pair got married in September 2018.

They have one son together called Abel who was born in June earlier this year.

This will be Abel's first Christmas, and the new parents previously told OK! that they're going "all out" for the occasion, and they even got four Christmas trees.

“It’s all about family this year,” Olivia told OK!, as Alex insisted that they’re going to “go all out”.

The doting mum went on: “We’ve got two Christmas trees in the house, and we’ve got two more to get. Lots of shopping to do. But we’re just making sure we see loads of family.”

“Everyone wants a piece of Abel,” Olivia laughed.