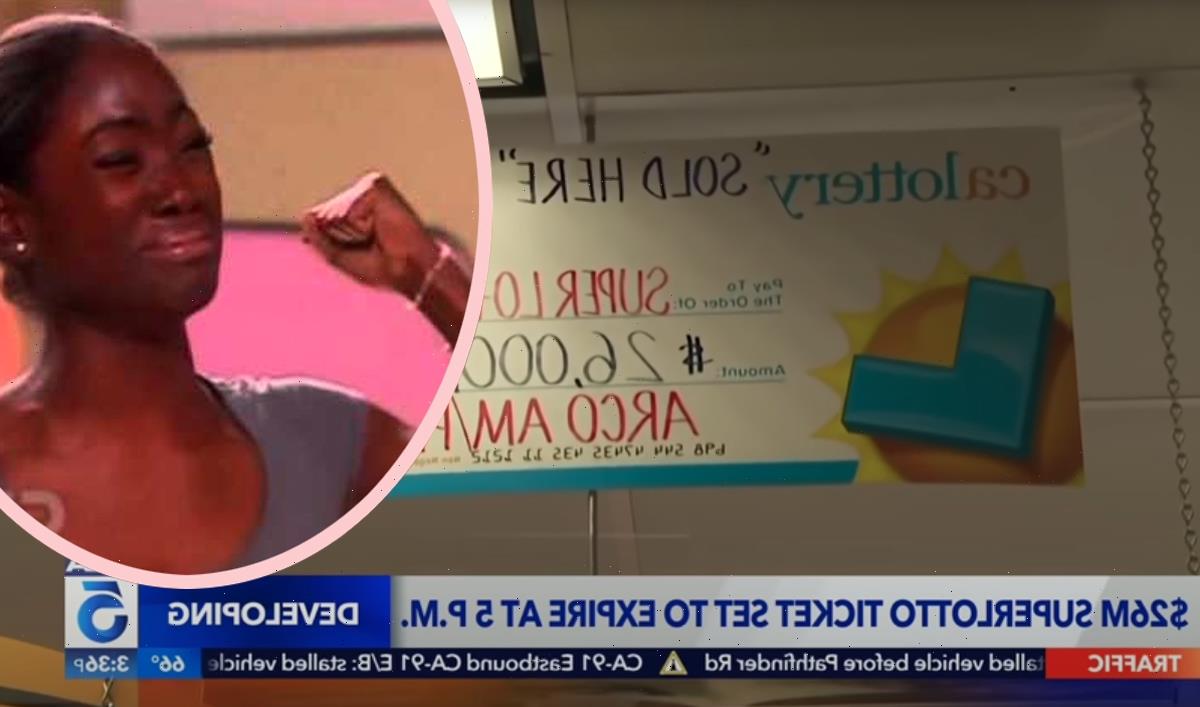 Oh no… if you’re the type to get sympathetic pain, we highly recommend you skip this story…

Realizing you bought a winning lottery ticket should be the most wildly ecstatic feeling of all time — but for a woman in Norwalk, California it may just be the most painful moment of pure regret she ever experiences for the rest of her life. Because she accidentally ran it through the laundry!

The manager of an Arco AM-PM gas station told reporters from KTLA this week that a regular customer came in and purchased a SuperLotto Plus ticket and — against all odds — matched all six numbers in the November 14 drawing: 23, 36, 12, 31, 13, and the mega number of 10.

They had been encouraging those who purchased a ticket there to double check their numbers, but finally the answer was provided by the store’s manager, who revealed the woman — who wishes to remain anonymous for obvious reasons — came in and told him the whole story.

Apparently she bought the ticket, put it right in her pocket, then that very week ran that pair of jeans through the laundry — completely obliterating the paper ticket into worthless pulp.

The manager turned over a copy of the store’s surveillance camera footage to the CA Lottery but didn’t have one available for KTLA because the tape has since been recorded over. After all, it’s been six months now.

Lotto officials would not confirm or deny the existence of the tape — but did say that even if it was real and the woman could be positively identified, that would not be enough evidence of a win. They say in the event of a winner losing a ticket, they must provide substantial evidence they had it — such as a photo holding it and/or a photocopy of both sides.

The woman was described as being in her 40s, but no more identifying information was given (she is not the woman in the photo above; that woman is Alasia Ballard, a former contestant of America’s Next Top Model who became meme royalty for the  relatable expression you see — seriously, it’s maybe one of the most popular memes of all time used to either root someone on or express sorrow and/or unbelievable gratitude for a situation).

When asked whether she wanted to speak to reporters about it, she declined. Cannot say we blame her in the slightest. It’s bad enough being that close to such a life-changing event without having everyone start pitying you to boot.

So what happens to that money? Well, that’s the good news here. Because no one claimed the SuperLotto Plus jackpot, the amount of the one-time payout — a very respectable $19.7 million — will go to California’s public schools.

So while this woman may feel awful, her loss is the gain for children in need. So we guess you could say it all came out in the wash.