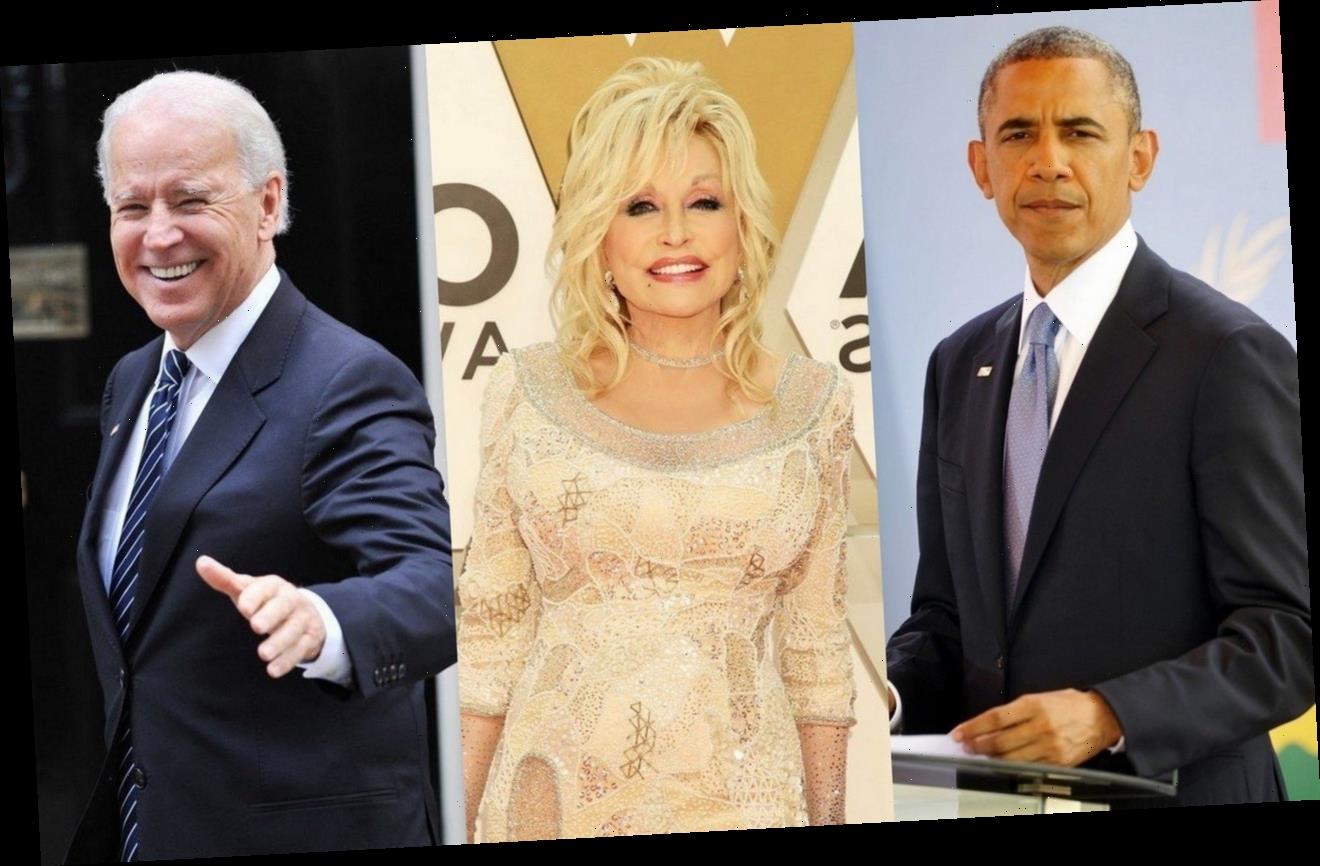 Former President Barack Obama is shocked when he’s told that the ‘Jolene’ hitmaker hasn’t received Presidential Medal of Freedom, regretting not awarding the star during his time in office.

AceShowbiz -Former U.S. leader Barack Obama regrets not awarding Dolly Parton the Presidential Medal of Freedom during his time in office, because she “deserves” the prestigious honour for all her humanitarian work.

The country music legend has always been a big philanthropist, but the “9 to 5” hitmaker recently hit headlines after it was revealed her $1 million (£755,000) donation to help medical experts at Nashville, Tennessee’s private research school Vanderbilt University find a cure for COVID-19 had resulted in the development of the new vaccine recently unveiled by officials at U.S. pharmaceuticals firm Moderna.

And Obama, who served as Commander-in-Chief from 2008 to 2016, was shocked to discover Dolly wasn’t already a recipient of the accolade when he was confronted about her omission during an appearance on America’s “The Late Show with Stephen Colbert“.

In part two of his TV interview, which aired on Monday night (30Nov20), Obama admitted, “That’s a mistake – I’m shocked. That was a screw up. I’m surprised. I think I assumed that she had already got one, and that was incorrect.”

He then joked about encouraging his former Vice President Joe Biden – the new President-elect – to right his wrong.

The Presidential Medal of Freedom is one of the nation’s highest civilian awards, and is bestowed to those who have made “an especially meritorious contribution to the security or national interests of the United States, world peace, cultural or other significant public or private endeavors,” according to officials.

Oprah Winfrey, Sidney Poitier, Muhammad Ali, and Tiger Woods are just some of the noted celebrities to have received the high honour over the last 15 years.