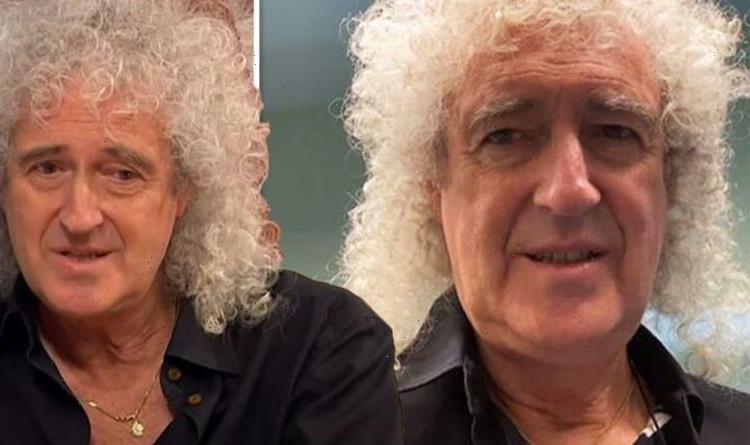 Queen guitarist Brian May has told how he was left “feeling embarrassed” following a “technical failure” at the 3D launch of his new book, Stereoscopy: the Dawn of 3D. The musician, 74, is releasing the book with art historian Denis Pellerin and is generously lending images from his collection of 100,000 photographs. Taking to social media, the star explained how at the launch “someone at the other end wasn’t keeping up” with their presentation, leading to viewers missing out on seeing the star’s “stereo of BENNU” (sic).

Yesterday, the star and the art historian celebrated the launch of their new book with a talk in the chapel of King’s College.

However, after the event, the Queen musician told his 2.9 million Instagram followers how the launch didn’t go exactly to plan.

Brian wrote: “THANKS to all of you who joined us tonight for our launch of STEREOSCOPY – the Dawn of 3-D.

“I’m gutted the technical folks in the transmission room didn’t manage to show you my stereo of BENNU.” (sic)

Explaining the technical failure, Brian went on: “In the room I was able to toggle between the mono and the stereo – but someone at the other end wasn’t keeping up, and their separate PowerPoint presentation wasn’t moving.

“So now I feel embarrassed.

“See my Stories for what you missed! Very best to you all!!! Bri,” the star ended his post.

Following the statement, Brian’s dedicated fans rushed to the comments to offer their support and told the star not to be embarrassed after the technical difficulties.

Sterojazz.3d wrote: “The talk you and Denis gave was brilliant. Don’t be embarrassed for this minor technical issue..Watched it in your stories, brilliant stereos.” (sic)

Magnolia_stereos penned: “I understood there was something amiss! Because I remember seeing BENNU on another presentation and it was quite 3D!”

Rubylunablu commented: “Oh dear Bri, why embarrassed? Your presentation was brilliant and some technical problems can happen!” before going on to congratulate the star.

Yesterday, Brian took to his Stories to document the launch day of his new book.

The musician revealed that he was in the King’s College Archives as he filmed the big reveal of the tome.

“Look at that, it’s amazing,” someone could be heard saying, as another gushed, “how beautiful is that?”

Addressing the technical difficulties his launch faced, Brian took to Instagram once again.

Alongside a picture of two black rocks, he penned: “You were robbed tonight in my talk… due to technical failure you never saw… THIS!! “(sic)

Earlier in the day, the guitarist had shared a celebratory post with his fans.

The star revealed that the launch would be done in 3D and was being hosted by the British Library.