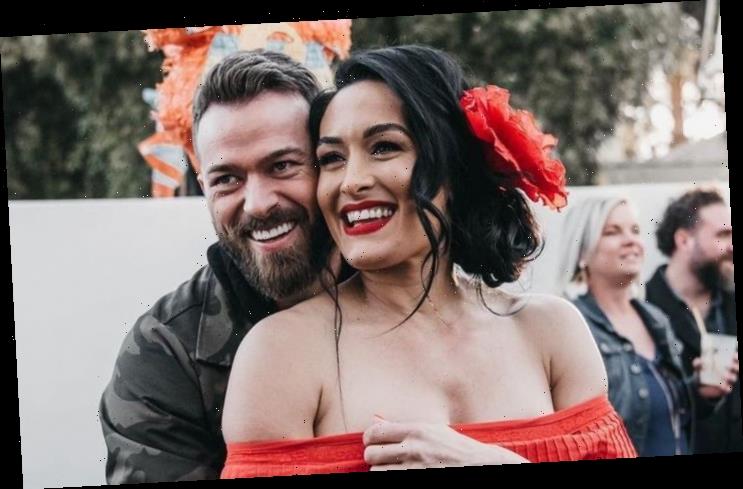 Congratulations are in order for the ‘Total Bellas’ star and the ‘Dancing with the Stars’ pro dancer as the engaged couple proudly announce they officially become first-time parents.

The 36 year old and her fiance, Artem Chigvintsev, welcomed their baby boy on Friday (31Jul20) – just a day before Nikki’s twin sister, Brie, gave birth to a son with her husband, Daniel Bryan.

The “Total Bellas” stars, who were originally due less than two weeks apart, announced their babies’ arrivals on Instagram on Sunday.

Brie, who was already mother to a three-year-old daughter named Birdie, revealed her happy news first, as she posted a photo of the newborn’s hand laid on top of Brie and Daniel’s palms, and two hours later, Nikki went public with her own baby announcement, sharing a very similar pose with Artem and their son.

“7/31/2020 Our baby boy is here and we couldn’t be HAPPIER and more in LOVE! Everyone is safe and healthy,” Nikki captioned the sweet snap.

The retired WWE beauties have yet to reveal names for their baby boys.

Nikki became engaged to former “Dancing with the Stars” professional Chigvintsev in November (19). She was previously engaged to wrestler-turned-movie star John Cena, but they called it quits for good in 2018.