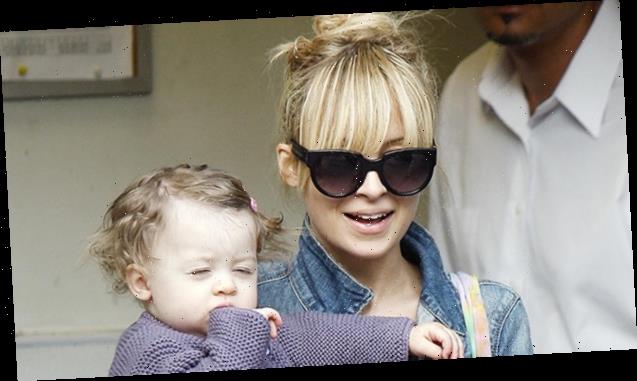 Nicole Richie shared the sweetest throwback photo of her daughter, Harlow, at 3 months old to commemorate her 13th birthday! See the post where Nicole told Harlow how ‘lucky’ she is to be her mom!

Nicole Richie celebrated her daughter, Harlow‘s, 13th birthday by sharing a rare throwback photo on Instagram. The TV personality, 39, took to the social media platform on January 11 and gave her millions of followers a glimpse of baby Harlow when she was just three months old! The photo featured Nicole cradling sweet little Harlow in her arms and giving her a kiss on the cheek, as Harlow, who Nicole shares with husband Joel Madden, stared right at the camera!

“Here you are at 3 months old. Today you are 13,” Nicole began the caption to her post, adding a heart emoji. “You light up my life with your presence, & have no problem lighting up my bedroom with your bright phone screen. Nothing is better than watching you become the young woman you are. I am so lucky I get to be your mom. Happy Birthday to my favorite girl in the world,” Nicole said, adding, “Now let’s go binge watch season 3 of Greys [Anatomy].”

It’s such a rarity for Nicole’s longtime fans to see images of her daughter, which made her birthday post to Harlow extra special. But in recent months, fans have had the chance to see just how much Harlow has grown, and how much she looks like her famous mom! On September 30, Nicole’s sister, Sofia Richie, 22, took to her own Instagram and shared a photo of herself with Nicole and Harlow — the trio looked just like triplets!

“My favorite trio,” Sofia captioned the photo. Just by looking at the image, it was so clear that Harlow is practically her mom’s mini. While the photo was adored by fans, it’s only one of the few public photos of Nicole’s kids, and the star prefers to keep her daughter and 11-year-old son Sparrow‘s lives as private as possible. “Nicole and Joel are very private when it comes to their kids,” a source close to the star shared EXCLUSIVELY with HollywoodLife in early October.

“They have tried their best to raise them to be really normal and not in the Hollywood spotlight which is why you don’t see them photographed much at all,” they continued. “They’re very normal, well rounded and smart kids and that’s how she wants to keep it. She doesn’t want them to be typical Hollywood kids at all. She wants them growing up differently than she did.” It looks like Nicole and Joel are doing an incredible job of raising their youngsters and keeping them safe!