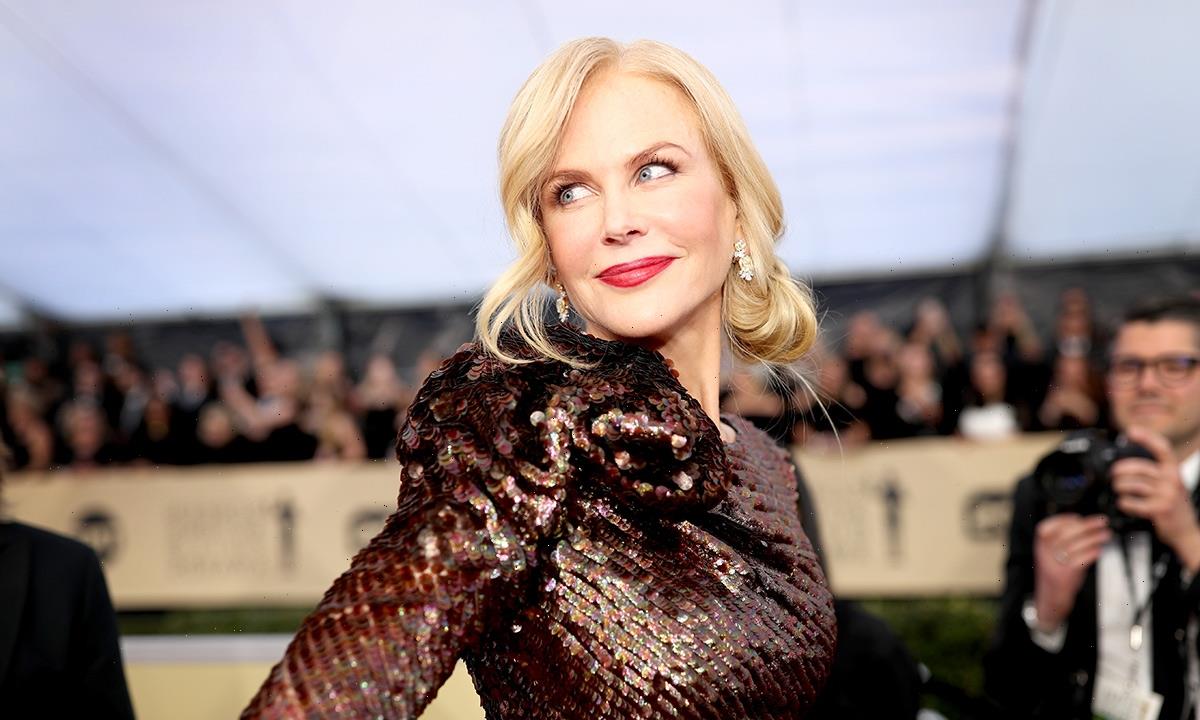 The Australian actress took to Instagram this week to share a number of pictures from a recent photoshoot, beginning with a striking image showing Nicole posing in a gold dress.

Nicole, 54, can be seen laying on the floor with her arms outstretched and her auburn curls cascading around her. Her lithe frame is highlighted by the gorgeous gown which features a completely sheer skirt and a plunging neckline.

MORE: Nine Perfect Strangers differs from the book it’s based on in a major way

“Thank you Harpers Bazaar US, honored to be a part of your purpose issue [red love heart],” Nicole captioned her post.

During the interview with the publication, the mom-of-four was asked about her previous marriage to Tom Cruise and the intense media interest in their relationship.

“I was young. I think I offered it up?” Nicole replied with a laugh. “Maybe I’ve gotten a bit more trepidatious, but I’m always trying to be as open as possible. I just prefer to live in the world that way…

The star shares children Bella and Connor with ex-husband Tom

“I’m wary at times, and I’ve been hurt, but at the same time I much prefer a warm approach rather than a prickly shut-down approach. My husband, Keith, says that when he met me, he said, ‘How’s your heart?’ And I apparently responded, ‘Open.'”

Nicole was married to Tom from 1990 until 2001 and together they adopted two children, Bella, 28, and Connor, 26. Following their divorce, she found love with country singer Keith Urban and the couple tied the knot in 2006 in Manly, Sydney. Together, they share daughters Sunday Rose, 13, and ten-year-old Faith Margaret.

Nicole and Keith are parents to two daughters together

Asked about her strong family unit with 53-year-old Keith, Nicole shared: “We’re always working through stuff, but it’s very much love based, so there’s an enormous amount of give and take. I want him to have the best life he can have, and he responds the same way. We really love parenting together.”