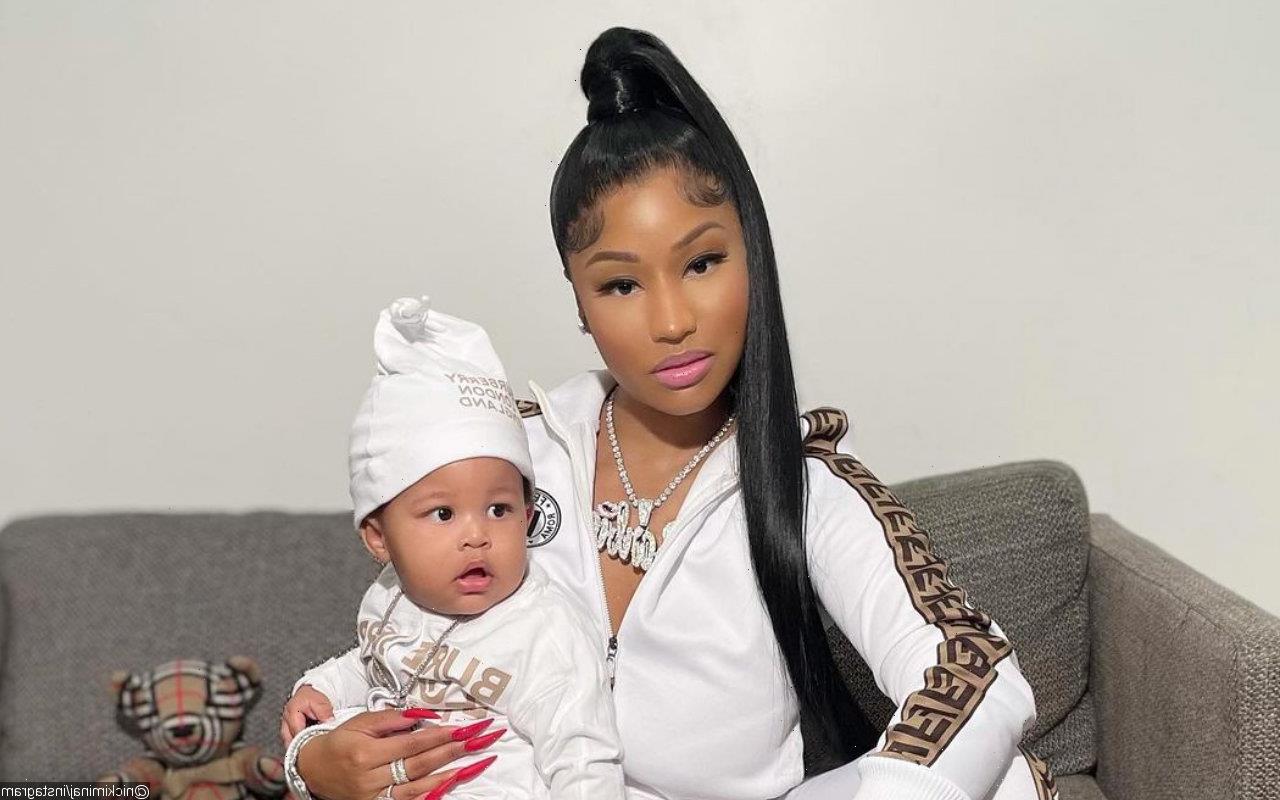 In a video from the livestreaming, the ‘Anaconda’ hitmaker can be seen trying to say something before the baby boy makes his presence be known by making a loud noise in the background.

AceShowbiz –Nicki Minaj‘s son Papa Bear is trending on Twitter for the most adorable reason ever. On Tuesday, September 7, the “Bang Bang” hitmaker went on Instagram Live, only to be interrupted by her toddler son, whom she shares with husband Kenneth Petty.

In a video from the livestreaming, Nicki could be seen trying to say something before Papa made his presence be known. He seemingly was hitting something so off camera as the loud noise was heard. “What the hell? Papa…,” Nicki said, trying to make his baby son stop whatever he was doing at the time.

Papa did stop making a sound for a few seconds, making the Queens femcee think it was safe for her to continue talking to her followers. But a moment later, Papa continued to make loud noise again and again. At one point, Nicki seemingly had had enough as she told someone, “Go get him!”

Many found the interaction adorable as they talked about it on Twitter, prompting Papa Bear to be trending on the blue bird app. “Papa bear was in the background remodeling chile,” a fan joked. Another fan added, “I realized now papa bear was making those noise to try n save us from getting chewed out.”

“papa bear in the background the entire time destroying s**t,” another tweet read. “papa bear doing construction work in the damn kitchen and you telling us to go to bed. you worried about the wrong children,” someone else tweeted.

People on Instagram also joked about the moment as well. “He Wreaking Havoc Already,” a fan said of Papa Bear. A curious fan asked, “what he doing ? tearing the house down ?” while one other added, “He didn’t give a f**k about what she was saying.”

Nicki and husband Kenneth welcomed Papa on September 30, 2020. Nicki hid her baby before she finally show her son’s face to the public three months after his birth. Alongside several pictures of her baby, the “Starships” femcee gushed, “Thank you so very much for choosing me to be your mama.”

“Wishing you guys a happy & prosperous New Year. Thank you for your love & support throughout this journey. It’s meant so much to me,” Nicki added. “Becoming a mom is by far the most fulfilling job I’ve ever taken on. Sending love to all the superhero mothers out there. Big hugs to all the women who have been pregnant during this challenging time.”