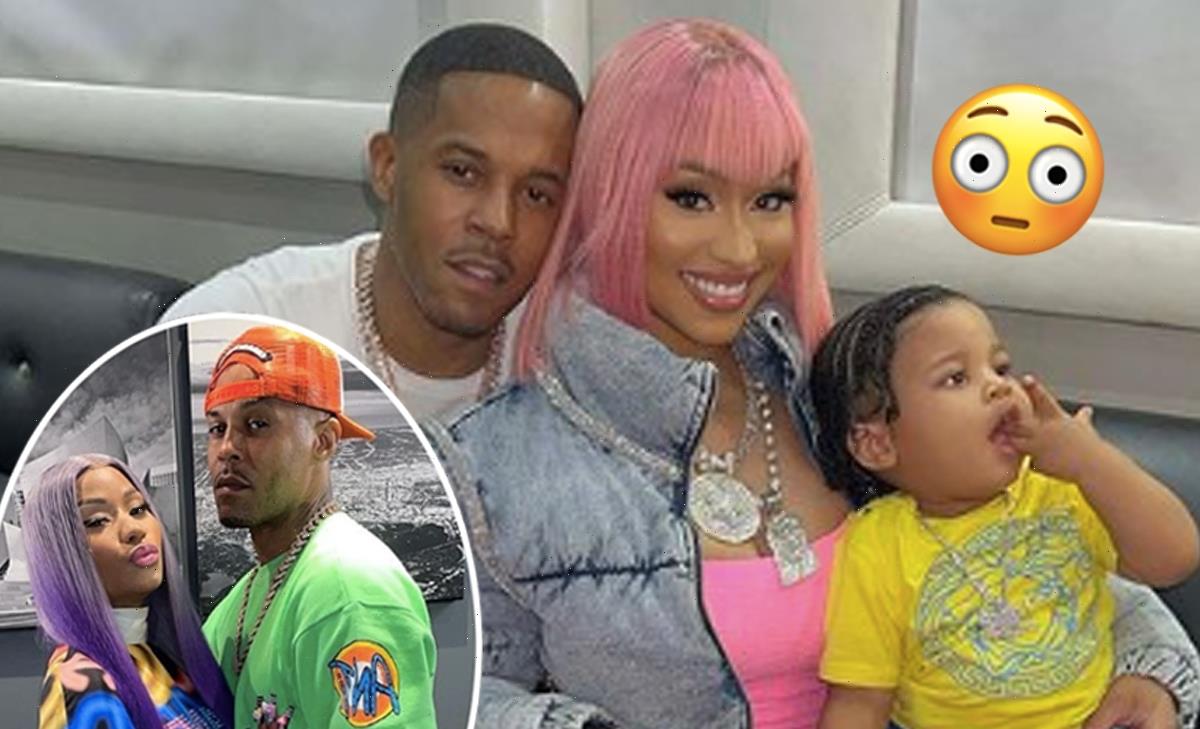 The Barbie Dreams rapper took to Instagram Wednesday to post some pics of the two main men in her life not long after news broke that her husband, Kenneth Petty, was sentenced to three years probation after failing to register as a sex offender in the state of California.

Nicki’s post showed yet again that she’s standing by her man no matter what. In the first image, Kenneth can be seen with their son, publicly known as Papa Bear, on his shoulders. Kenneth is sporting jeans, a white tee, and a blue New York Mets hat, while Papa Bear stunts in a yellow Adidas tracksuit. Nicki joins the duo in the second pic while sporting knee-length purple locks, white sunglasses, a bandana, and some simple jeans and a tank. One thing we do know is that she’s always serving looks!

Nicki captioned her post with a few emojis including some heart eyes and a bow, showing that she’s unfazed by the legal troubles…

In case you didn’t know, Kenneth was convicted of first-degree attempted rape in 1995 when he and his victim were both 16-years-old, for which he served prison time in New York. Since he’s been with Nicki, there’s been a whirlwind of stories that have come out including everything from the two allegedly trying to bribe his victim to change her story, to him being in and out of court.

Her post came just hours after Kenneth was officially sentenced to three years probation and one year of home detention after pleading guilty to failing to register as a sex offender in the state of California. He will also have to pay a reported $55,000 fine.

Ok like seriously, maybe our feelings would lighten up, even in the SLIGHTEST bit, if Kenneth actually treated his conviction like the serious offense it is?? It’s almost like he’s just trying to dismiss it by refusing to register… News flash: it doesn’t work like that!!

What are YOUR thoughts on her IG post showing support? Was it tone-deaf, or should she continue to blindly stand by her man? Let us know in the comments below!