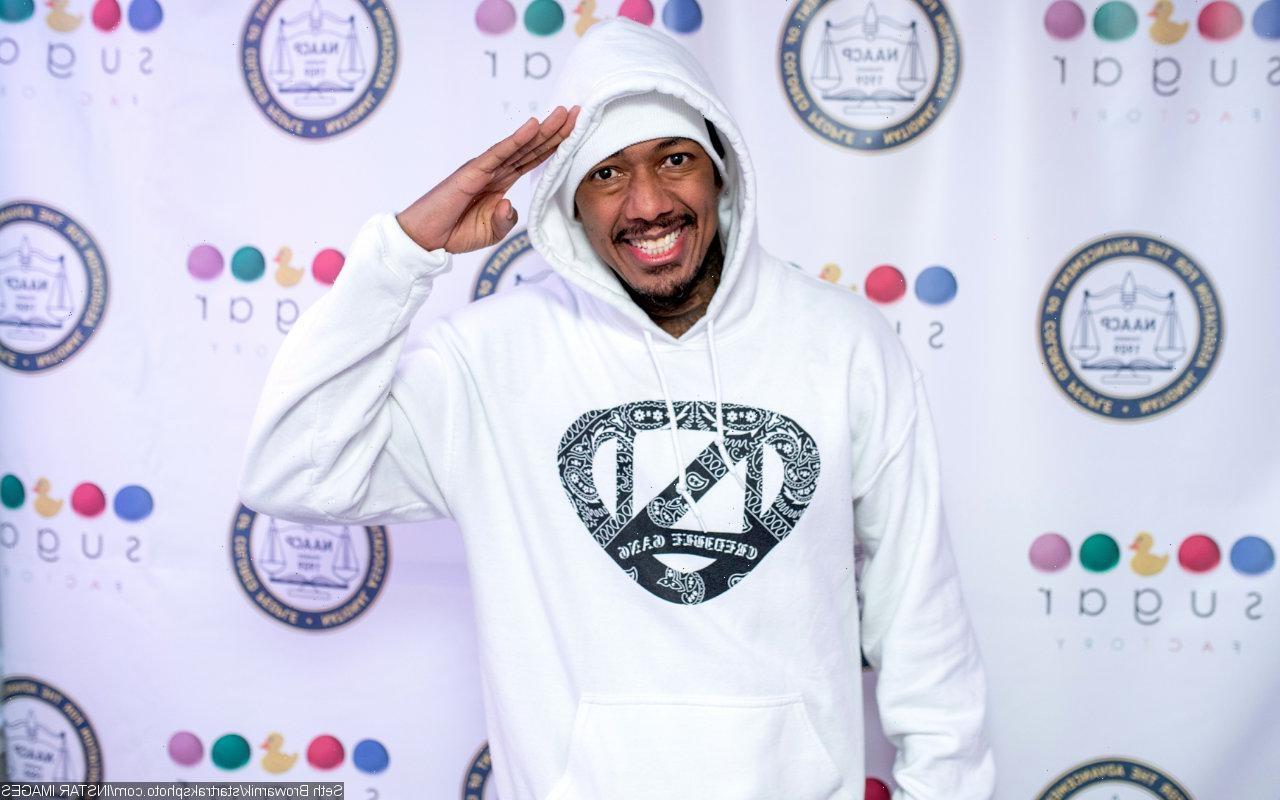 During his appearance on ‘Lip Service’ podcast, the ‘Masked Singer’ hosts, who already a father of seven children, suggests that he plans on breaking his personal fatherhood record.

AceShowbiz –Nick Cannon is expecting even more children this year. The dad-of-seven actor and rapper, who is expecting another baby with Bre Tiesi, made the announcement while responding to speculation he has “three babies on the way.”

During his appearance on the “Lip Service” podcast, the TV personality said, “When you say ‘on the way…’ what count are you at? Let’s just put it this way… the stork is on the way.” When asked if he’s currently expecting three children, he added, “I don’t know, it could be… .”

Canon then suggested he plans on breaking his personal fatherhood record. “If you thought it was a lot of kids last year…,” he declared. When co-hosts Angela Yee and Gigi Maguire asked if fans can expect Cannon to have a handful of children in September and October, he laughed before responding, “Y’all are pretty good at math.”

Nick shares 11-year-old twins Moroccan and Monroe with his ex-wife [ Carey], five-year-old son Golden and 18-month-old daughter Powerful Queen with Brittany Bell and 12-month-old twin sons Zion and Zillion with Abby De La Rosa. Last June, he had twins Zion and Zillion with Abby, 31, and the following month he and Alyssa Scott, 27, the comedian had son Zen, who tragically died on December 5 after being diagnosed with brain cancer.

Meanwhile, Cannon also opened up about his previous remarks his therapist told him to be celibate. Recalling his counsellor recommended he “needed to chill out”, he added, “So I was like, ‘Yo, let’s try celibacy’. And that was like October… I didn’t even make it to [January]. I was supposed to make it to the top of the year. Then obviously I started going through some stuff… I got depressed with the loss of my son. So in December… the thing is everybody saw I was so down. So everybody was like, ‘Let’s just give him a little vagina, and that’s gonna cure it all.’ “

“I fell victim to it ’cause I was in a weak state. So December, especially right before Christmas, I started f****** like crazy… so I broke the celibacy. But I was probably celibate for a month and a half strong – I was trying to do it. I had a new show, new energy, I was dealing with a lot,” he continued.

Last month, Nick admitted he he is “so excited” about all his children and “every aspect” of being a dad. But he admitted, “You get nervous every time. Every single time… because it’s a miracle, it’s God working. You just stay in prayer, you stay in agreement with your partner to just make sure everything is a blessing and operates in the proper way. So just stay prayed up.”