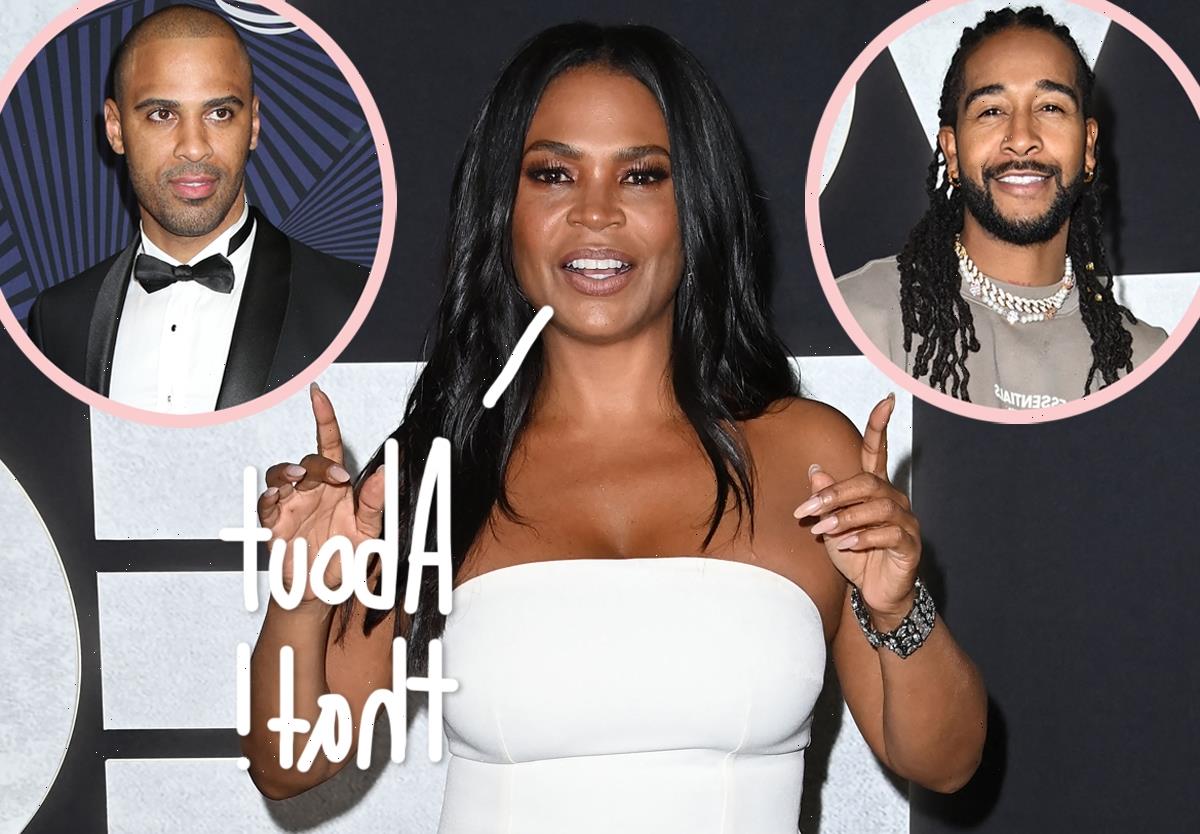 Nia Long wants everyone to calm down with those romance rumors with former B2K member Omarion!

Speculation that the 52-year-old actress moved on from her longtime partner Ime Udoka with the musician began when they stepped out for the premiere of her Netflix film You People on Tuesday. Following the event, Omarion posted a short video on Instagram this week of them posing for pictures together on the red carpet. But what got fans really buzzing was the fact they were smiling, flirting, and holding hands during it! He also wrote in the caption:

“Important encounters are planned by the souls long before the bodies see each other – P.C.- dreamy pull by the goddess @iamnialong such a pleasure. So many amazing people in the building.”

They seemed pretty cozy! He also shared the video on Twitter alongside a blushing face emoji. Nia and Omarion’s interaction soon had people freaking out over a potential romance between them. Many stormed the comments of the Insta video to say:

“I actually would love to see you with a seasoned woman like Nia! That could be a nice look!”
“The Hand Pull.”
“Oooo I am here for Nia long and Omarion!!!! Yesssssss!!!”
“Yep, go for it Nia and Omarion. Im here for it.”
“Omarion and Nia are BOTH SCORPIOS …I can see it”
“But wait why yal look good together”
“The fact that you described it as a dreamy pull…I mean…I would love to see thisssss”

However, shipping these two together might just be wishful thinking at this time! When the @TheShadeRoom re-shared a video of their adorable moment together on the ‘gram, along with the caption, “the smile on #Omarion’s face says it all,” Nia entered the chat and quickly shut the rumors down. She wrote in the comments on Friday:

“Everybody simmer down… I’m single AF.”

Sorry to burst everyone’s bubble who were hoping Nia and Omarion were a thing! Ch-ch-check out her response to the dating speculation (below):

The update on her relationship status comes after she and Ime broke up last year after 13 years together when it came out that the former Boston Celtics head coach had an affair with a female staff member and was subsequently suspended within the basketball organization. Nia has been very vocal about how difficult the cheating drama has been on not only her but for their 11-year-old song Kez. She even slammed the Celtics for how they’ve handled the situation, telling The Hollywood Reporter in December:

“I think the most heartbreaking thing about all of this was seeing my son’s face when the Boston Celtics organization decided to make a very private situation public. still has moments where it’s not easy for him. … No one from the Celtics organization has even called to see if I’m OK, to see if my children are OK. It’s very disappointing.”

Ugh! Whenever Nia decides to get back into the dating game, we hope she finds someone who will truly make her happy! She certainly deserves it after dealing with this cheating scandal!

Are you disappointed Nia and Omarion aren’t dating? Let us know in the comments below!