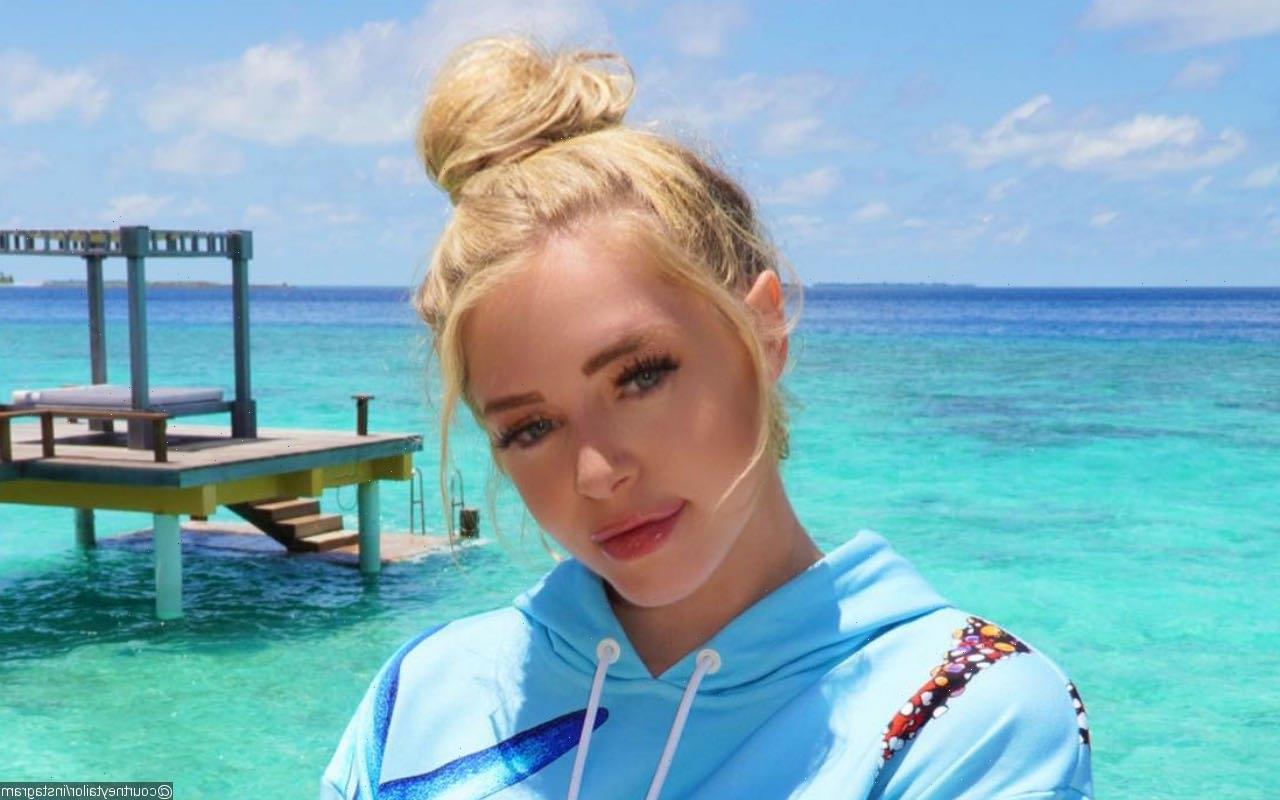 The 26-year-old OnlyFans model, who’s charged with murder, has claimed that she acted in self-defense when she stabbed her boyfriend Christian ‘Toby’ Obumseli with a 3.5 inches kitchen knife.

AceShowbiz -New detail surrounding Courtney Clenney a.k.a. Courtney Tailor‘s boyfriend Christian “Toby” Obumseli’s death has been released by Miami Police Department. In the newly-released body cam footage, the OnlyFans model could be seen asking for a restraining order against her beau.

The footage captured from the point of view of a Miami police officer showed the 26-year-old model speaking with law enforcement about Christian on April 1, two days before Christian’s death, in the lobby of their high-rise apartment building.

A tearful and visibly upset Courtney could be seen talking on her phone before asking the doorman to let her into the apartment after locking herself out. She then explained that she broke up with Christian a week earlier and her mother had come to stay with her to help her.

Courtney also claimed, however, that he had been sleeping in her “elevator room” the entire time. “I broke up with him … he slept inside my elevator room on a couch, that’s stalking. He wouldn’t leave me alone,” Courtney told officers.

The security guard then informed cops that earlier, Christian had tried to get into an elevator with her when she took her dogs for a walk and she held out her hands to stop him. He then accused her of shoving him. “Her boyfriend comes charging at her … the boyfriend came after her, and then I said enough is enough, the police need to be called,” the guard told officers.

The scene in the body cam footage later turned chaotic, with multiple people speaking over each other. At one point, Courtney, who was shaking, tried to get officers to listen to her. “Can you guys please listen to me? I broke up with him a week ago,” she told the authorities, “Why do you have something against me?”

“I stayed in my apartment all day and was afraid to come down here because I was afraid he would be down here,” Courtney further explained. “I didn’t take my dogs out for like 8 hours … when I walked my dogs, he followed me and wouldn’t leave me alone. I had a lot of opportunities to call [police], and I did not.”

Courtney also said, “I have not always been a victim … but right now I am a victim. I’m getting kicked out of my own apartment, I’m scared.” The social media influencer then told officers that Christian claimed she shoved him. “I don’t ever want to deal with this again,” she pointed out.

When police asked Courtney if there was ever any physical violence, she responded, “That’s not really my concern right now,” and indicated her issue was with him “stalking me.” She insisted she wants him completely out of her life, but a cop pointed out that he’s been living with her for two months and had a lot of property in her apartment.

“He was stalking me. I want a restraining order against Christian Obumseli,” Courtney once again begged. Officers then told her that she had to go to court to obtain a restraining order. The police then took the elevator up to the apartment with Courtney, where they checked around for signs Christian was still there, but he was nowhere to be found.

Frank Prieto, a lawyer for Courtney, who was charged with murder, said the video proves that “Christian Obumseli was the abuser.” The attorney added, “He would manipulate and abuse Courtney in private when he thought nobody was around.”

Of the tragic incident, police said they received a frantic call from Courtney at around 5 P.M. on April 3. She reportedly told authorities she and Christian were fighting when he suddenly grabbed her by the throat, prompting her to stab him with a 3.5 inches kitchen knife in self-defense.

In August, Courtney and her legal team asked the court to keep evidence in the murder case private after Miami State Attorney Kathie Fernandez Rundle made public surveillance footage that saw Courtney beating Christian multiple times in an elevator over a month before the alleged murder. However, the request was opposed by the prosecutors.