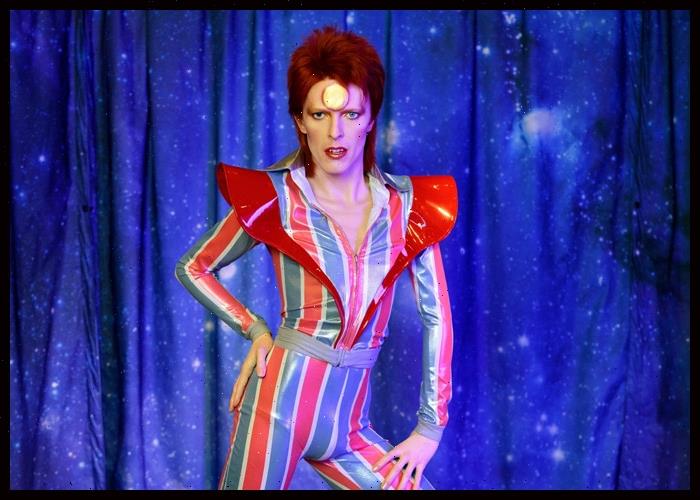 Madam Tussauds has unveiled a new David Bowie wax figure at their Baker Street location in London as part of the attraction’s “Music Festival” experience.

The new figure, which recreates the iconic look of Bowie’s androgynous alter ego, Ziggy Stardust, was created in partnership with Bowie’s estate, using information from the late icon’s 1983 sitting.

It features the star in a striped two-piece suit, his signature red ‘do and chunky boots and also features an “astral sphere” on his forehead, representing the celestial spheres that denote a variety of religious and mystery traditions.

He added, “We were honored to work with his estate in what would have been his 75th year and play our small part in keeping his inimitable legacy alive for generations to come.”

The wax museum introduced their first Bowie wax figure in 1983.