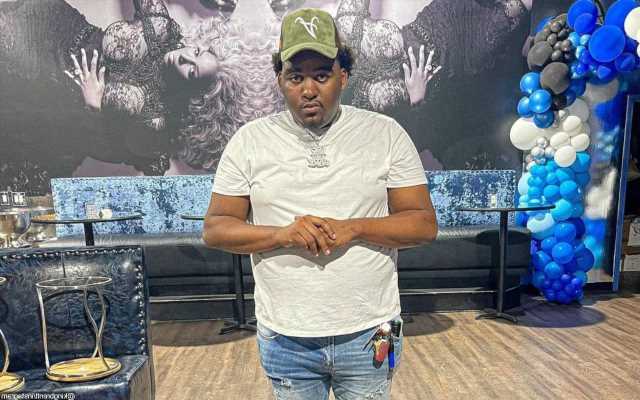 In a new social media post, Brentt Leakes states he now realizes that ‘time is so f**king valuable’ after learning it the ‘hard’ way by watching his father Gregg Leakes fight his cancer.

AceShowbiz –NeNe Leakes‘ son has a special reminder for his social media followers. Knowing that he has less time to spend with father Gregg Leakes amid the latter’s cancer battle, Brentt Leakes encouraged his fans and friends on Instagram to “create memories” with their loved ones.

On Tuesday, August 31, the 22-year-old made use of Instagram Story to post a clip of his night driving. “Spend time with your loved one every chance you get. Time is so f**king valuable dog. I can’t express it,” he first wrote alongside the video.

Brentt’s post came just two days after his mom NeNe expressed her sorrow on Instagram. On Sunday, the Roz Washington depicter on “Glee” shared a note that read, “Broken,” along with a praying hands and a broken heart emoji.

Just one day prior to that, NeNe shared an update on her husband while she was at her Linnethia Lounge in Duluth, Georgia. “My husband is transitioning to the other side,” she told the crowd after she was called “rude” for not acknowledging a birthday at the venue. “You don’t know what we’re dealing with right now.”

Gregg had been diagnosed with stage 3 colon cancer in 2018 and he was in remission for two years. In June, “The Real Housewives of Atlanta” alum revealed that her spouse was undergoing surgery to deal with the cancer’s return.

NeNe and Gregg first tied the knot in 1997. They got divorced in 2011 but remarried in 2013. While she only shares Brentt with Gregg, the reality star has another son named Bryson Rashard Bryant from a previous relationship.