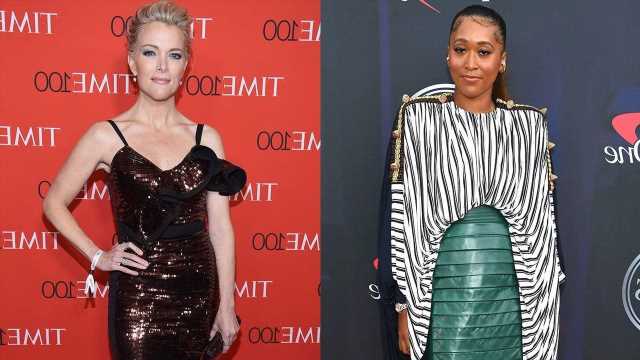 It all started when conservative commentator Clay Travis took a jab at 23-year-old Osaka on Twitter in light of her withdrawing from the French Open in May after being fined $15,000 for not participating in the tournament’s media requirements. Osaka later shared that she suffered from depression and social anxiety.

“Since saying she’s too introverted to talk to the media after tennis matches, Naomi Osaka has launched a reality show, a Barbie, and now is on the cover of the SI swimsuit issue,” Travis wrote, to which Kelly replied, “Let’s not forget the cover of (& interview in) Vogue Japan and Time Mag!”

Osaka responded to 50-year-old Kelly and told her to “do better.” The tweet has since been deleted but was captured by Sporting News.

“Seeing as you’re a journalist I would’ve assumed you would take the time to research what the lead times are for magazines, if you did that you would’ve found out I shot all of my covers last year,” Osaka wrote. “Instead your first reaction is to hop on here and spew negativity, do better Megan [sic].”

Naomi Osaka called out Megyn Kelly over criticism of the tennis star appearing on the cover of the Sports Illustrated swimsuit issue. pic.twitter.com/esvaIiHLoL

Kelly then claimed Osaka had blocked her, and took another shot at her.

“Poor @naomiosaka blocked me while taking a shot at me (guess she’s only tough on the courts),” Kelly wrote. “She is apparently arguing that she shot her many covers b/4 publicly claiming she was too socially anxious to deal w/press. Truth is she just doesn’t like Qs she can’t control. Admit it.”

Poor @naomiosaka blocked me while taking a shot at me (guess she’s only tough on the courts). She is apparently arguing that she shot her many covers b/4 publicly claiming she was too socially anxious to deal w/press. Truth is she just doesn’t like Qs she can’t control. Admit it. pic.twitter.com/izyRzOrUVm

In her essay for Time, Osaka said that athletes deserve the right to take a mental break from media scrutiny “on a rare occasion without being subject to strict sanctions.”

“In any other line of work, you would be forgiven for taking a personal day here and there, so long as it’s not habitual,” she wrote. “You wouldn’t have to divulge your most personal symptoms to your employer; there would likely be HR measures protecting at least some level of privacy. In my case, I felt under a great amount of pressure to disclose my symptoms — frankly because the press and the tournament did not believe me.”

“I do not wish that on anyone and hope that we can enact measures to protect athletes, especially the fragile ones,” she continued. “I also do not want to have to engage in a scrutiny of my personal medical history ever again. So I ask the press for some level of privacy and empathy next time we meet.”