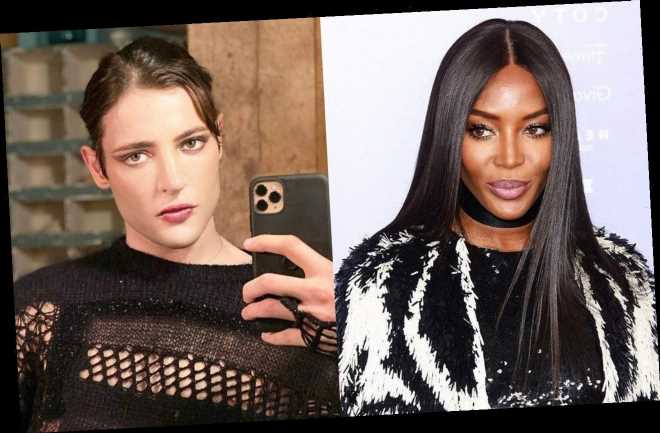 The runway superstar takes to social media to remember the son of Stephanie Seymour and Peter Brant following his death from accidental overdose of prescription drugs.

The 24 year old died of an accidental overdose earlier this month (Jan21), and now Campbell has offered up her thoughts on the death of her friend Stephanie Seymour‘s son.

“It’s taken me a few days to get my head around this to digest the fact my beautiful godson Harry has gone to the spiritual world,” Naomi writes. “Since you were a baby you had this innate magical joy, that you bought (sic) to all who was around you (sic). I would take you to meetings, and they would ask me if they could hire you, you were not even 10 years old, smart as a whip, creativity bursting from you on every level.”

“Harry you’ve taken (a) piece of my heart, we never judged each other, our (relation)ship was always honest. Too young, to go. I will love you unconditionally always.”

Socialite Harry, the son of Seymour and billionaire Peter Brant, died after a long struggle with addiction.

“We will forever be saddened that his life was cut short by this devastating disease,” a family statement read. “He achieved a lot in his 24 years, but we will never get the chance to see how much more Harry could have done. Harry was not just our son. He was also a wonderful brother, loving grandson, favourite uncle and a caring friend. He was a creative, loving and powerful soul that brought light into so many people’s hearts. He was truly a beautiful person inside and out.”