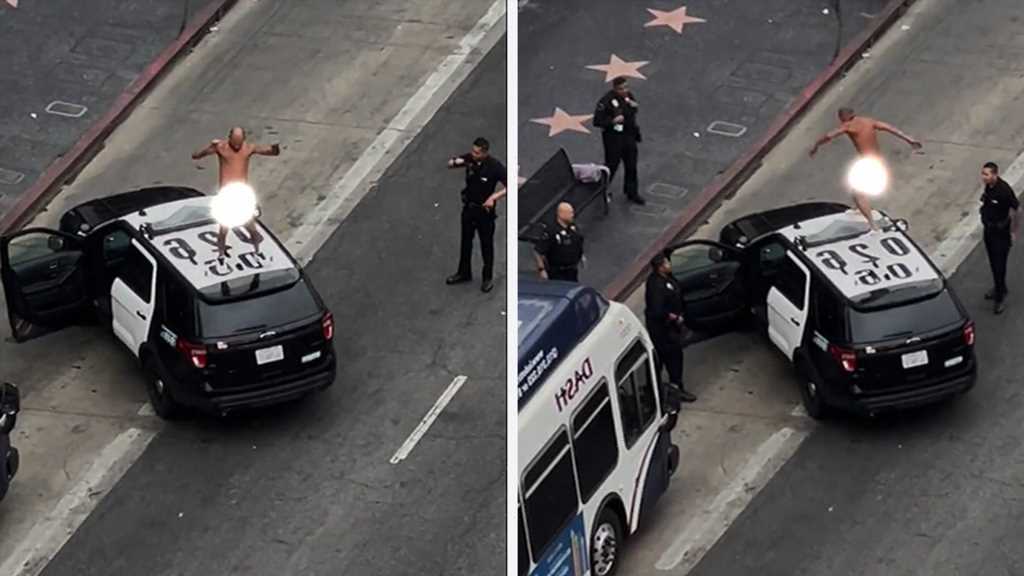 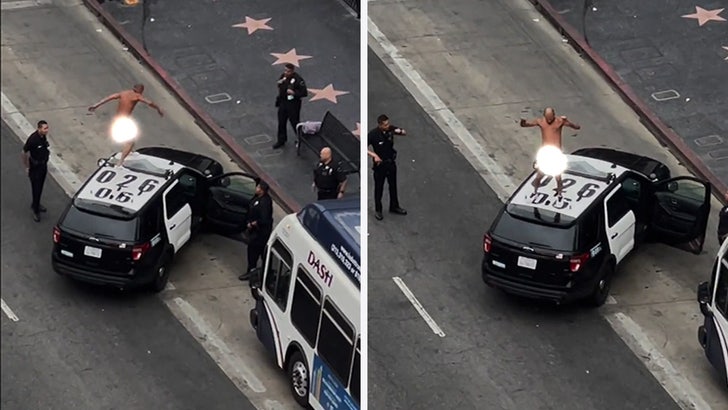 A naked man showed off his moves in Hollywood Friday night, much to the dismay of LAPD cops who watched as he showed his moves on top of a patrol car … naked.

It actually became a big thing … LAPD cops requested backup when they spotted the man on top of the squad car next to the Hollywood Walk of Fame. 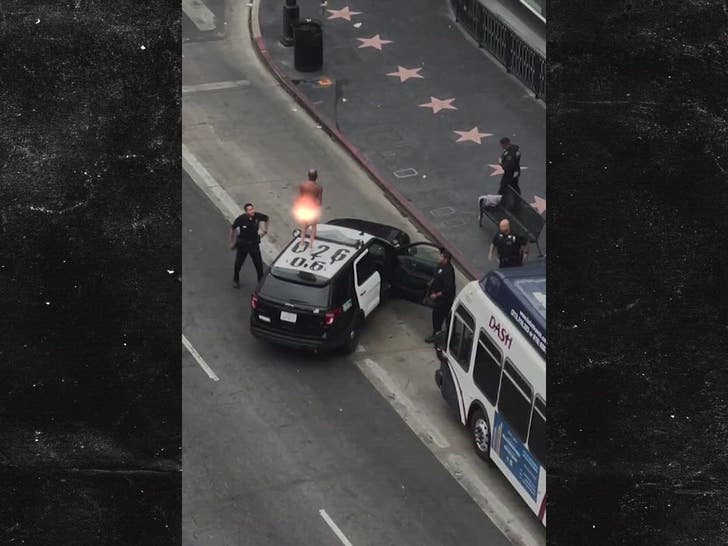 The man was jumping up and down, presumably doing some damage to the roof of the car.  It looks like the cops weren’t exactly sure how to put an end to it.

Officers tried to talk him down, to no avail.  He eventually smashed the rear window of the car. He was eventually taken into custody without force.

He was arrested and booked for vandalism.