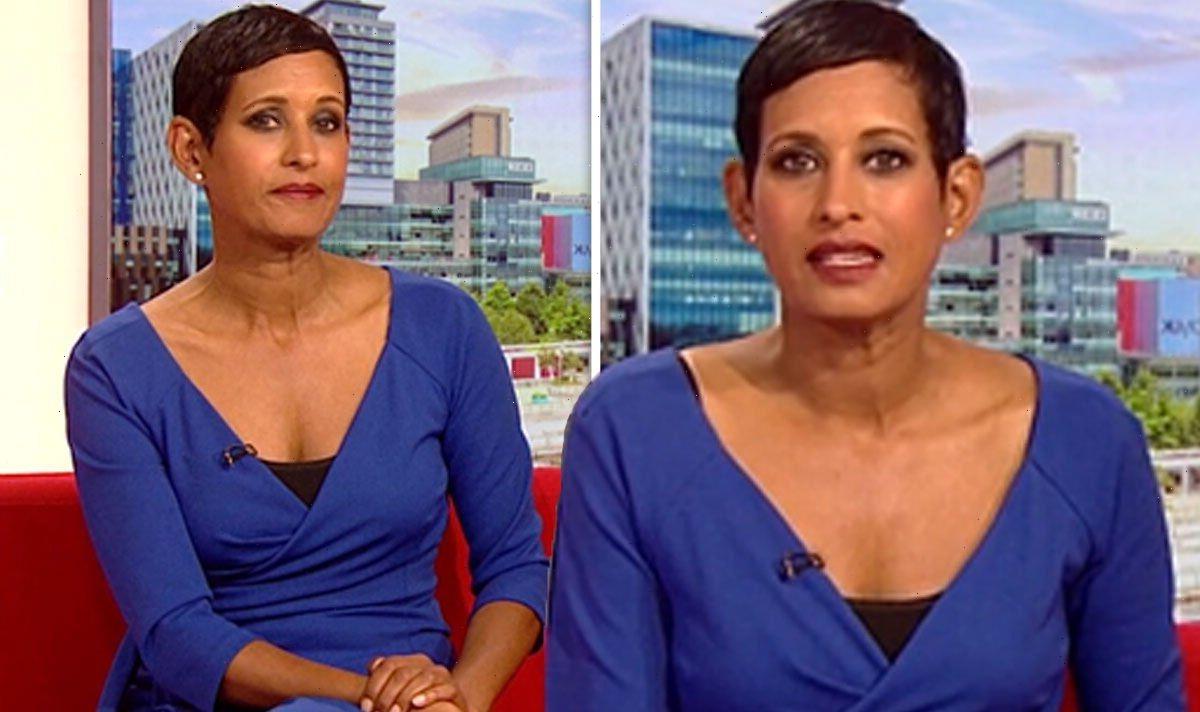 Naga Munchetty was noticeably absent from the sofa for the past two weeks on BBC Breakfast. The broadcaster was replaced on the programme with the channel’s weekend presenter, Rachel Burden taking her spot, leaving some fans concerned.

The 47-year-old appeared to take a break from her hosting duties but made a return for Thursday’s edition of the news programme alongside Charlie Stayt.

Taking to Twitter today, the radio and TV presenter was inundated with support by a significant number of viewers who reacted to her return.

Fans flooded the micro-blogging site after her absence had sparked concern among BBC viewers.

Naga liked a number of messages after social media users gushed over the presenter’s TV return.

Twitter user, Timothy Boon commented: “Wonderful to see you back on the programme Naga.”

Wayne Sloman remarked: “Lovely to see you back on telly.”

Claire Benson said: “Great to see you back on the red sofa!”

Ian Ansell tweeted: “@TVNaga01 welcome back. Have missed you. Your reaction to Charlie’s innocent comment is priceless.”

Sandra Flint added: “@TVNaga01 Lovely to see you back with Charlie on the red sofa this morning.”

Naga’s absence was felt not just by viewers of BBC Breakfast but by listeners of her BBC Radio 5 Live show too.

Last week, one fan tweeted: “Naga, Where have you been? I think you have only been on R5L once in the past two weeks? We are missing you. Hope you have not been playing golf #jealous #envious.”

While another feared that she had left the show, saying: “Where is Naga? Please tell me she has not been permanently replaced.”

The broadcaster is yet to comment on her absence after being missing from the programme for two weeks.

It is likely that Naga took some time off over the Easter break.

Her absence comes after her longtime colleague Dan Walker announced his departure from BBC Breakfast after six years.

The BBC Breakfast presenter said his decision to leave the programme and join Channel 5 was a “really difficult” one, but that his new remit will allow him to make programmes “outside of news”.

Dan, who also left his role on Football Focus last year, said “it’s been a massive decision” for him to leave his job at the BBC for a new role but that “the chance to do something different was too good to turn down.”

His BBC co-stars were among those helping him celebrate his news.

Sally tweeted Dan’s announcement and said: “We’re not just colleagues but we’re friends too. Dan is simply brilliant to sit next to. I will miss him. Go and be fabulous.”

Former co-host and friend Louise added: “Massive congratulations and good luck Dan. You will be missed on @BBCBreakfast but you won’t miss the early alarm calls.”

BBC Breakfast airs daily on BBC One at 6am.