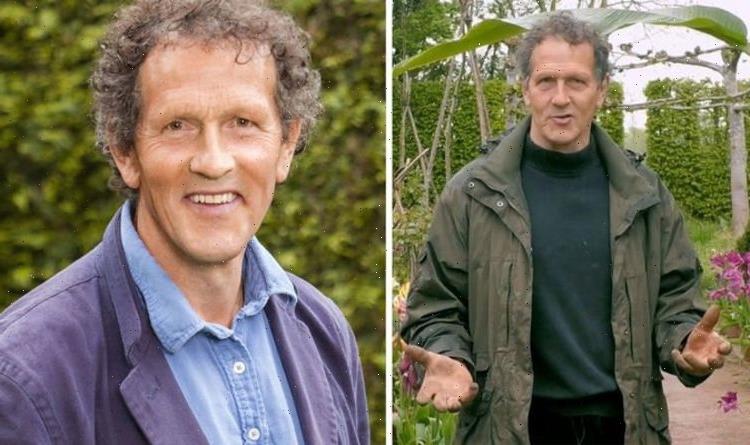 Monty Don reveals he is to have break from Gardeners’ World

Gardeners’ World star Monty Don has opened up about the less glamorous aspects of the Chelsea Flower Show in his latest newspaper article. The 66-year-old spoke out ahead of this year’s prestigious garden show, which was postponed from Spring to Autumn for the first time in its 108 year history, amid the coronavirus pandemic.

When not filming scenes for television, Monty said that he is often “crammed into a portacabin” in a candid behind-the-scenes insight.

The gardener, who is used to spending lots of time on his own in his sprawling Herefordshire garden, shares a small area with roughly 150 people.

However, this year they are bringing in lots of smaller cabins to avoid overcrowding as people can be there for 18 hours a day, he said.

Monty made his comments in Daily Mail’s Weekend magazine.

“In the BBC compound, tucked between a line of show gardens and the Chelsea embankment, which is like a little village where about 150 people spend up to 18 hours a day, there are apparently to be more but smaller cabins to try and avoid overcrowding,” he wrote.

“This I welcome, as one of the less enjoyable aspects of Chelsea for me are the hours I spend between filming, crammed either into a portacabin the size of an average family saloon and shared with up to a dozen other presenters, make-up artists, visiting celebrities and their families, or sitting on a rickety chair in the narrow earthen ‘street’ trying to research for my next interview or item to be filmed, jostled by the constant traffic of researchers, anxious producers, crews looking for something to eat and visitors trying to persuade the security staff that yes, they do have the right pass to be there.

“Glamorous it is not,” added.

Monty went on to say that it will be “enormously exciting” to be back at the horticultural event in person after it was cancelled last year.

The RHS Chelsea Flower Show 2021 will run from 21 – 26 September at The Royal Hospital, Chelsea.

It normally takes place in May.

A reduced number of tickets have been sold this year in order to comply with social distancing measures.

Just a couple of weeks ago, Monty attended his first public gathering in two years.

He headed to Birmingham for the Gardeners’ World Live event.

At the end of a long day he took to Twitter to share an update as he made his way home.

“Heading (v slowly) back to Longmeadow after day at GW Live,” he tweeted.

“First day in 2 years at a public gathering of any kind.

“Great to see so many people enjoying a really good show despite (maybe because of) pandemic restrictions,” he added in view of his 238,400 followers.

He returned the following day to give talks and offer some gardening tips.

Monty will be back on with more gardening inspiration tomorrow when he hosts a programme from The RHS Chelsea Flower Show on BBC One.