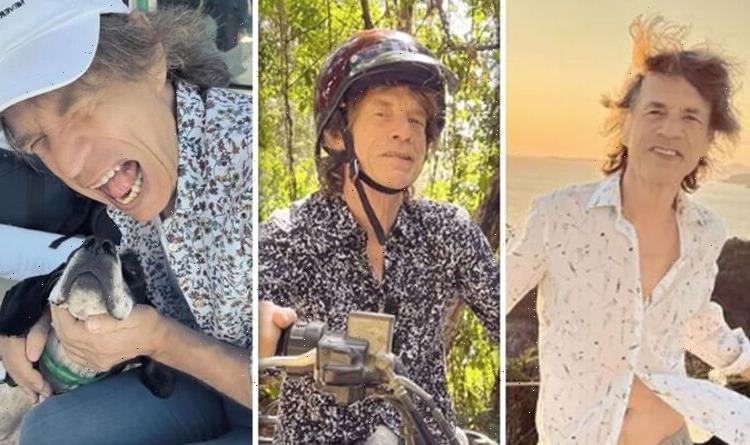 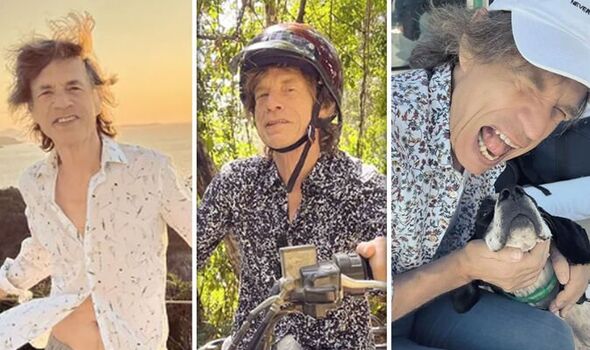 Mick Jagger, 78, wows fans as he looks younger than his years in blissful holiday snaps

The ageless rocker looked like he was having a wonderful time on holiday.

Mick Jagger looked to be in his element in new holiday snaps posted in view of his 2.5million Instagram followers.

The Rolling Stone singer posted a series of pictures of himself in a holiday mood under the tagline “welcome to the jungle”.

He is still working and recently released a solo track ‘Strange Game’ – the theme tune to the new Apple Original series Slow Horses.

Fans raved about the ‘gorgeous’ photos as they hit social media –and they quickly got over 170,000 likes.

Fritsjansmit asked: “How does it feel to be one of the beautiful people…?”

Mayasbanquet added: “Serving the looks in the wild… ICONIC”.

Mick could be seen in a playful tussle with a dog

He pulled a face as he stroked the adorable pup.

In another photo, the Rolling Stones singer rode a quad bike

He gazed into the lens as a mystery snapper caught the moment, with Mick putting safety first and wearing a helmet.

Mick took in his scenic surroundings

He stood casually in the undergrowth with his sunglasses clipped to his T-shirt.

Mick’s shirt billowed open as he stood on a balcony

The sun looked to be setting behind him as he smiled into the camera.

The bandmates pose for a photo back in 1967.