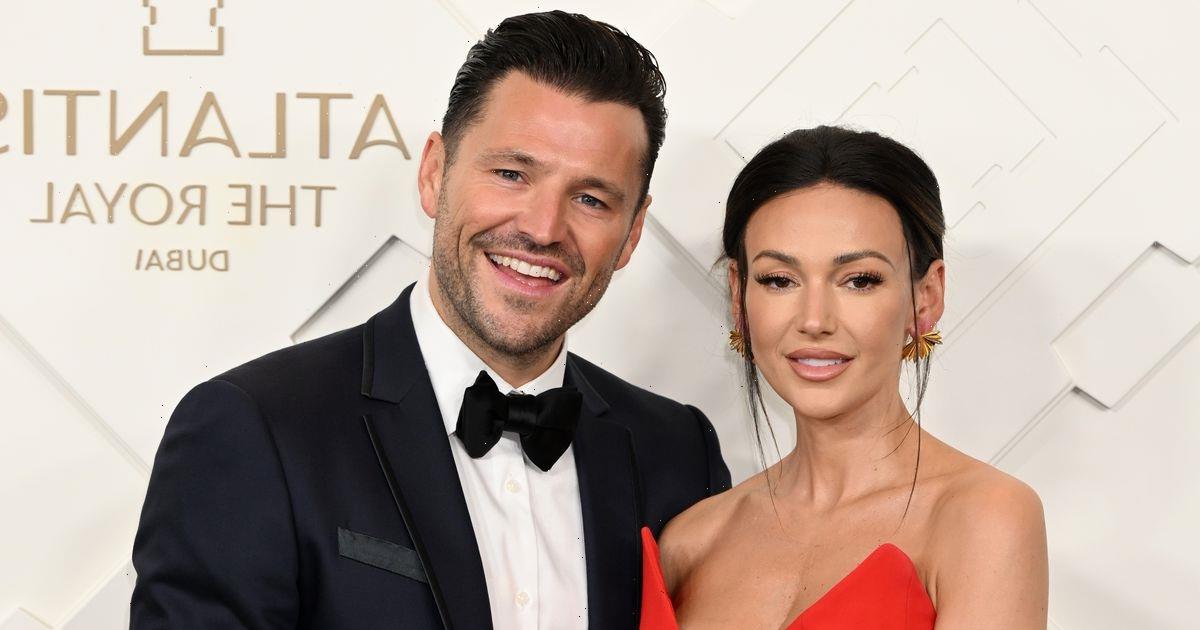 Michelle Keegan and Mark Wright looked happier than ever as they enjoyed a date night in Dubai on Saturday night.

The pair jetted off to the city alongside a host of other celebs for the opening weekend of new luxury hotel, Atlantis The Royal.

Wearing her brunette tresses in an up-do, Michelle paired her dress with some statement gold earrings. To match, she was seen with a small gold clutch bag.

Meanwhile, hubby Mark, 36, cut a smart figure in a tuxedo – bowtie and all.

Their evening out was the second as part of the hotel’s opening weekend, with Mark and Michelle having attended other festivities on Friday evening, 20 January. They were seen at the Sake Ceremony hosted by Nobu Matsuhisa and Meir Teper.

For the affair, Michelle cut a stylish figure in another mini dress, this one with unique silver detailing on the front, which resembled a fan.

Mark saved his tux for Saturday evening however, and wore a brown V-neck top and beige slacks for Friday night’s party.

The Single Ladies hitmaker was joined by her 11 year old daughter Blue Ivy at one stage, sending the audience into a frenzy.

She sang a number of her hit songs including Brown Skin Girl and Drunk In Love.

Dozens of celebrities from far and wide flocked to Dubai for the opening – from Liam Payne and Rebel Wilson, to Kendall Jenner and Amir Khan.

Mark and Michelle’s appearance at the star-studded affair comes after they moved into their dream home after years of renovations.

The two stars are thought to have invested millions into their Essex mega-mansion, and finally moved into their property in September after two years of doing it up.

While they’ve moved into their home, the renovations are still ongoing.

Former TOWIE star Mark recently gave fans a glimpse inside their property. The stunning mansion could be seen in a video posted to Mark’s dad Mark Snr’s Instagram account, with his son showing off the white and Georgian-inspired exterior of the house and the annexe.

Mark Snr captioned the clip: “All the hard work is now complete so all now singing and dancing x.”

The video shows the house still in the building stages and presenter and Mark can be heard telling the camera: “This is what I like to see, early morning, busy site.

“We’ve got Danny on the digger, sorting out the driveway out, we’ve got a delivery from Marshalls coming today, can’t wait for that. The roof and the annexe is getting done.

Mark also revealed that his dad was a project manager on the build and in the clip the 66 year old can be seen overseeing the work.”