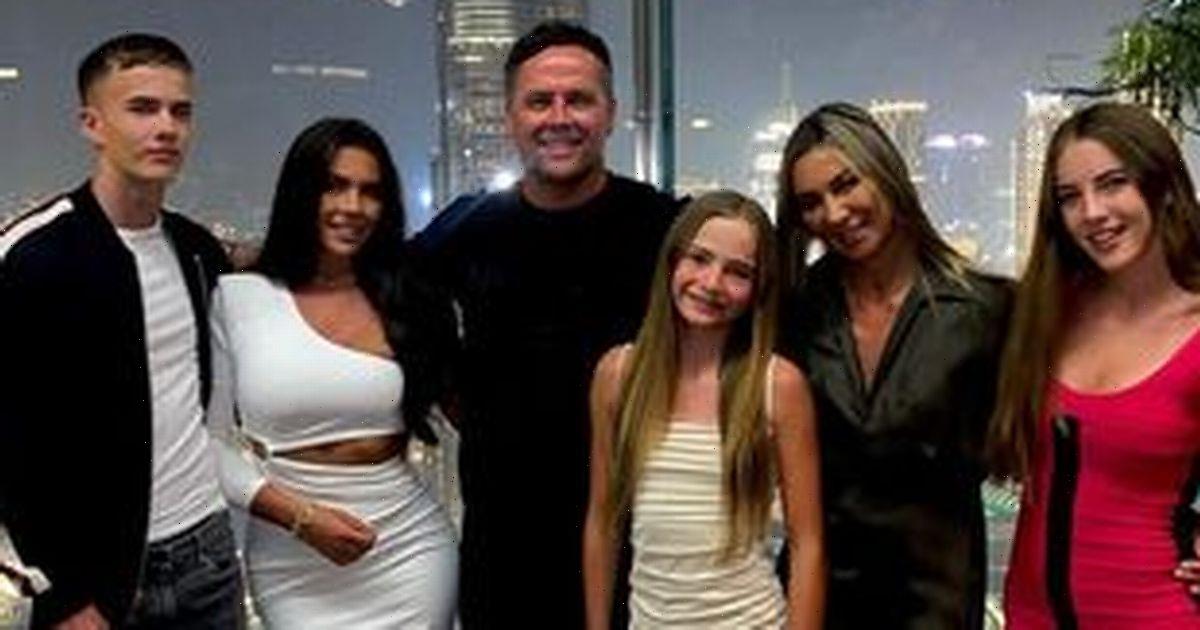 Michael Owen appeared to cut Luca Bish out of the family picture with daughter Gemma Owen, 19, only days before the Love Island stars announced they had split up on Instagram.

The football star, 42, had been sharing a number of shots from the clan's sun-soaked trip to Dubai earlier this month, which also included fishmonger Luca, 23.

Eagle-eyed fans had already noticed at the time that Luca was conspicuously missing from the group shot.

While it could simply be that the snap was meant for relatives only, and Michael may have even asked Luca to operate the camera, fans were not convinced.

"Out with a bang," the footballer captioned the shot, where he posed alongside his wife Louise, and their four children Gemma, Emily, James and Jessica.

Questioning the move in the comments, one person pressed: "Did @lucabish not make the family photo again?"

While another simply demanded: "Why no Luca in the photo?"

"Why isn't Luca in the family photo?" a third wondered.

Offering a different perspective, another fan said: "It's a family photo with his wife and kids, why would Luca be in it.

"I'm sure the Owens don't have to have him in every picture and post."

There were a string of pictures showcasing the couple enjoying meals together and they also shared snaps from their relaxing boat trip.

Yet Luca and Gemma were already being hit by claims things weren't all sunshine and roses between them.

Fans said Gemma was being “too authoritative” around her beau, as in one clip from the trip, the international dressage rider tried to instil her own views on him.

In one clip uploaded to Instagram, Gemma and Luca could be seen talking about their party habits.

“We like an early night, we are not really party people are we?” she said, as Luca replied that they "do love a party".

“We don't! You love a party," Gemma snapped, and in another video Gemma was shown looking annoyed at the fishmonger as she asked him to show his shorts to her followers.

Commenting on the scenes on TikTok, one person wrote: "She's so bossy and he's so nice to her and has to agree with everything she says."

"Thought I was the only one seeing this. Everybody is only on Luca but she is too authoritative," another viewer added.