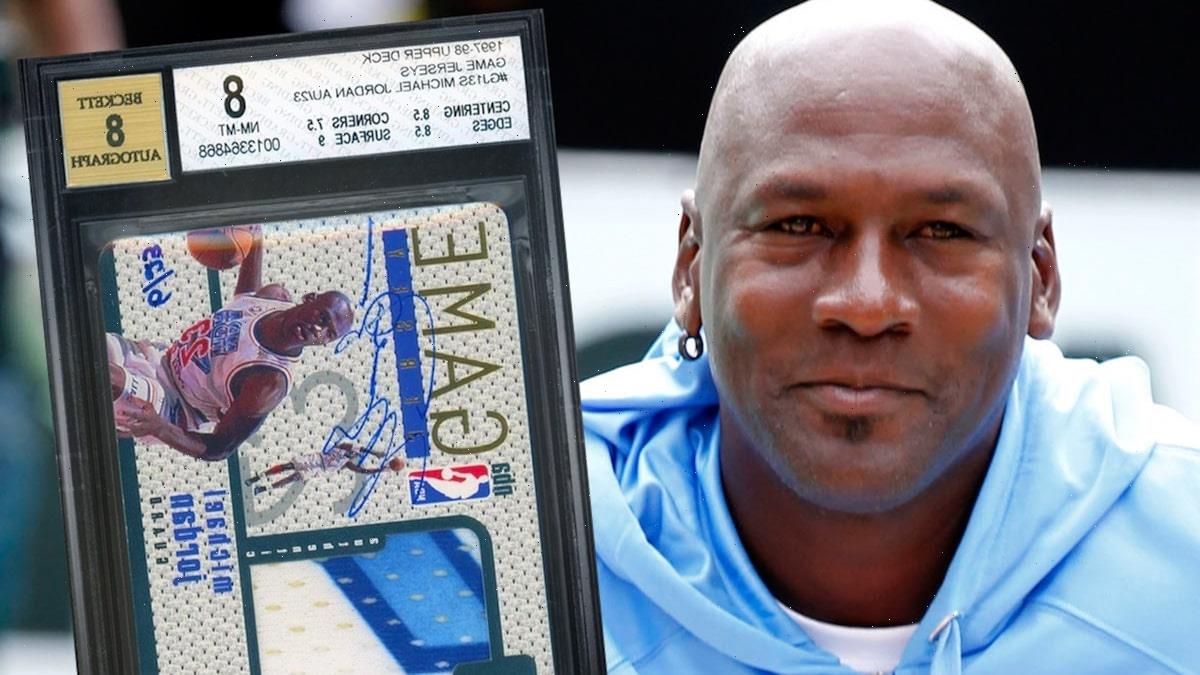 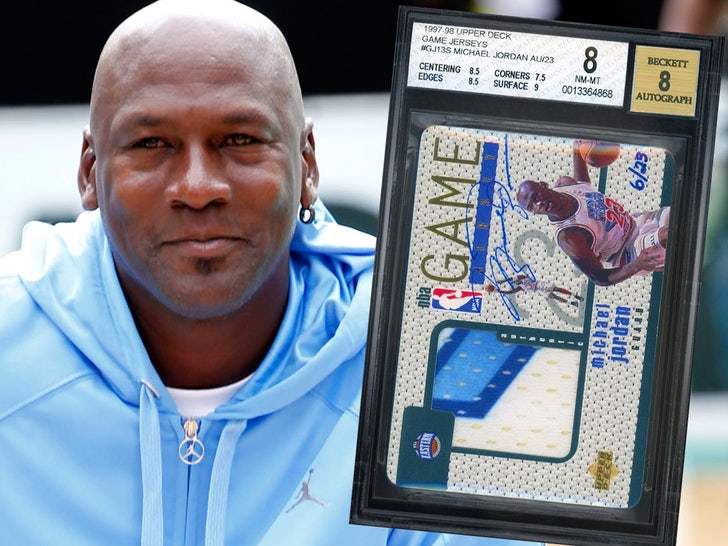 Even after retirement, Michael Jordan still finds ways to break records … ’cause a game-worn patch card he signed just sold for $2.7 MILLION, an all-time high price for a piece of His Airness’ memorabilia.

The rare card is a 1997-98 Upper Deck — and it’s considered one of the greatest hoops cards ever made.

It features M.J.’s autograph, a swatch of the jersey that he wore during the 1992 NBA All-Star Game, and it’s limited to just 23 copies.

But, more importantly, it’s believed to be the first card to ever feature both a piece of a game-worn jersey and a signature — which experts say make it truly historic. 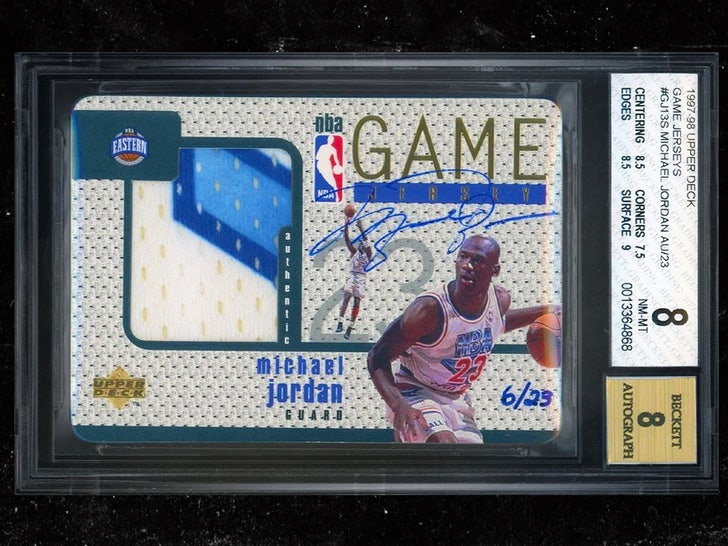 “It makes sense that this card — and the innovative new designs and card styles that it spawned in the industry — is one of the most pivotal in our hobby,” said Ken Goldin, president of Goldin Auctions, which auctioned off the piece Monday.

“Owning this card is like owning a sliver of MJ’s legacy and we were very proud that we were trusted with this record-breaking transaction.”

The card is also an important piece because the ’92 All-Star was the one where Magic Johnson made his return to the NBA after retiring before the 1991-92 season.

The previous record for Jordan memorabilia was held by a different version of the card — numbered 21/23 — which sold for $2.1 million at Goldin Auctions earlier this year.

No word on who the buyers or the sellers were … but congrats on the transaction to both!