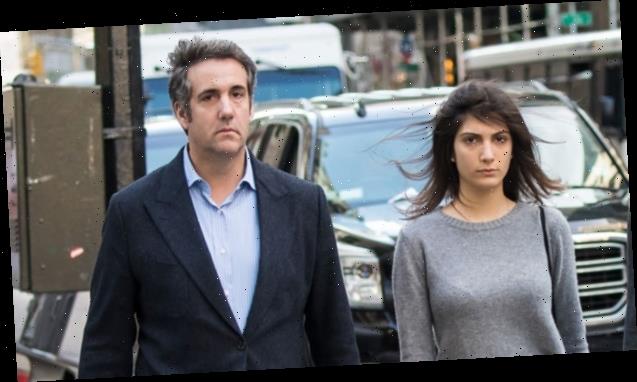 Samantha Cohen has opened up about growing up with the Trump family, and threw shade at Ivanka for ‘ignoring’ her despite living in the same building.

Samantha Cohen, 24, has dished some serious dirt about the First Family. Michael Cohen‘s daughter not only opened up about President Donald Trump‘s alleged “creepy” comments about her, but also his daughters Ivanka, 38, and Tiffany, 26. “Ivanka lived in our building. She would totally ignore me if she ever saw me. I always found it so strange because she loved my dad,” Samantha said to Vanity Fair in a candid new interview, published September 11. “Whenever we were alone she’d look past me.”

The University of Pennsylvania grad, whose father was Donald Trump’s lawyer, described an encounter with Ivanka in 2019, ahead of her dad Michael’s sentencing. “I walked out of the building and she was standing waiting for her driver. She saw me and I thought she was going to ignore me, as she had the rest of my life. But she grabbed my arm and said, ‘We all feel so terribly about what’s happening to your dad. Our hearts are breaking for him. I’m so sorry that this happened to you guys,’ in this high-pitched, sugary voice,” she told the outlet. “I knew how fake it was. I have no idea why she said that to me because I know she doesn’t care, and it was too late to send a message to my dad.”

She added, “It just felt like someone threw a bucket of slime on me because it was so phony and gross. But no one actually gave a rat’s ass about my dad or my mom or my brother or me. We were all, as my dad likes to say, collateral damage.” Samantha also opened up about younger Trump daughter Tiffany, who she described as “unwanted” by her famous family.

“When I got into Penn she was one of my closest friends. This isn’t anything she’s explicitly said to me, but it can’t be easy being made to feel your entire life like you’re unwanted,” Samantha said. “When I see her speaking at the RNC, I know there’s no way she believes that s**t. She has friends who are gay. She’s an Ivy League–educated woman. There’s no way that she thinks that any of this is a good idea, and her dad treated her like s**t her whole life.”