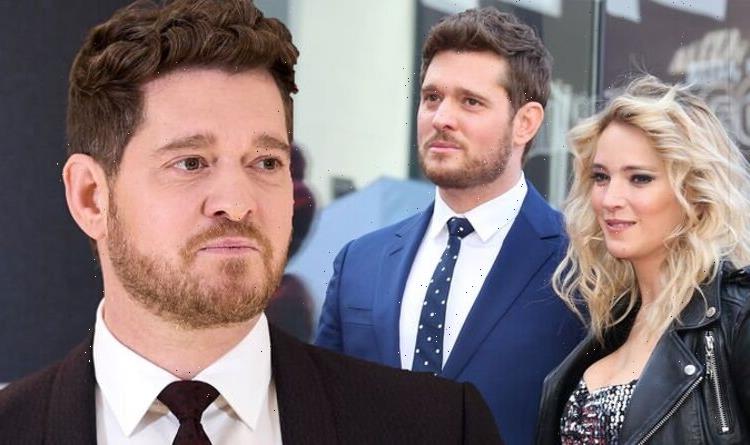 Michael Buble talks about his son Noah on The One Show

Michael Bublé has been married to his wife Luisana Lopilato since 2011, and the pair share four children. In a new interview, the singer has shared how they felt like they may have “made a mistake” during their trip to Disney when they were first married.

The crooner was speaking about his new album earlier today when he made the candid admission.

He explained of his honeymoon: “We went to the Disneys.

“Until one point where we fought so bad that my wife said, ‘we have made a mistake, we must annul this marriage.’

Michael went on to explain how they felt the need to “walk away” and think things through after this.

The singer, who has been wife for 15 years, admitted they eventually decided to “keep trying”.

“We came back and we said, ‘you know what, maybe we will just try, and we will just keep trying’, and 15 years, we had four children.”

Later, in the same interview with he went on to add how his wife was his “best friend”.

This comes as he dedicated the song I’ll Never Not Love You to her.

He said to Magic Radio: “She is my best friend. So 14 years ago, I wrote ‘Haven’t Met You Yet’ for my wife, I asked her to be in the video…

“Here we are 14 years later and I got to make the sequel,” he added to presenter Harriet Scott.

Luisana and Michael also opened up about their own sides of the story in another interview earlier this month.

Michael explained: “Even on our honeymoon, I remember you were like, ‘I think we made a mistake.’

Luisana then added to to Hello! Canada: “I was expecting for him to tell me, ‘oh no, don’t worry,’ but he said to me, ‘I think so, too.

Luisana is currently pregnant with the couple’s fourth child.

Listen to Magic Radio Breakfast every weekday morning from 6am-10am.