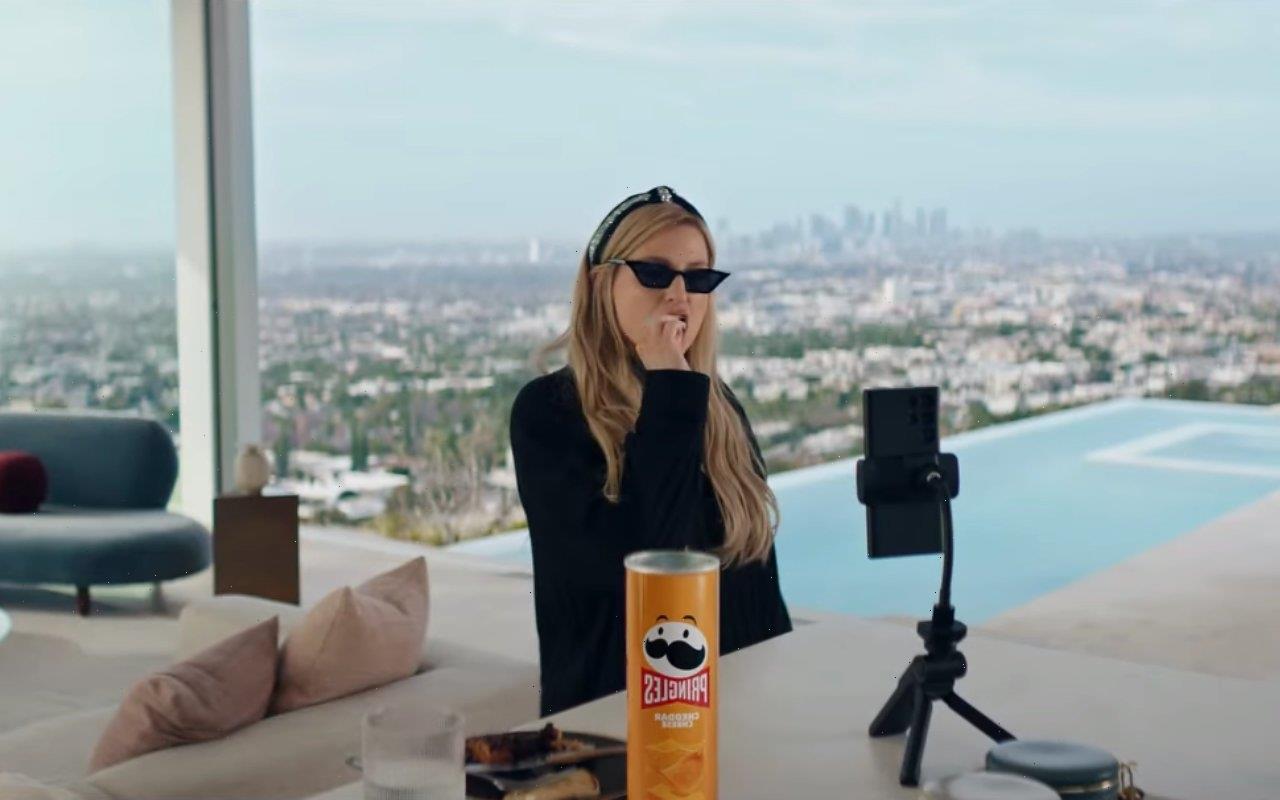 The new ads featuring the 29-year-old singer marks the first time in five years that the snack brand features a celebrity in its commercial for the biggest football event.

On Wednesday, January 25, Pringles released the commercial on its social media platforms. In the opening of the teaser, the 29-year-old songstress sets up her phone on a tabletop tripod.

Wearing all black, Meghan practices the now-viral TikTok dance to her hit “Made You Look”. The choreography was created by TikTokers @brookieandjessie and their original video to the song has garnered over 55 million views.

In the Super Bowl ad, Meghan munches on cheddar cheese Pringles chips. At one point, she dips her hand in the iconic cylinder-shaped tube to grab what appeared to be the last chip and gets her hand stuck inside. Shaking the orange Pringles tin, she says, “Come on!” before she sighs, “Uh, oh,” as her song continues playing in the fun clip.

“We’re excited to return to continue showing snacking fans that the age-old ‘Pringles dilemma’ of getting your hand ‘stuck in’ our iconic can while reaching for the last crisp isn’t a dilemma; rather, it’s a ‘worth it’ risk to reach every single irresistible crisp,” Mauricio Jenkins, Pringles U.S. brand lead, explained.

The full Pringles commercial will drop during Super Bowl LVII, which takes place on February 12 at State Farm Stadium in Glendale, Arizona. It is the first time in five years that the snack brand will feature a celebrity in its commercial for the big game.

Last year, Pringles aired a clever Super Bowl ad, addressing the same age-old issue of what to do when you get your hand unexpectedly stuck in a Pringles tube. It’s a problem Pringles fans had long been complaining about on social media. Instead of demonstrating how one might easily free themselves, Pringles’ hilarious spot showed what life would be like if fans just kept the tube on.

The commercial followed the life-long journey of one devoted Pringles fan, who got his hand trapped at a college party while reaching for the last crisp. From there, viewers followed the man’s many milestones of his life, from meeting his wife, getting married, having children and more, all while enduring the unexpected and hilarious consequences of the unique Pringles snacking experience.