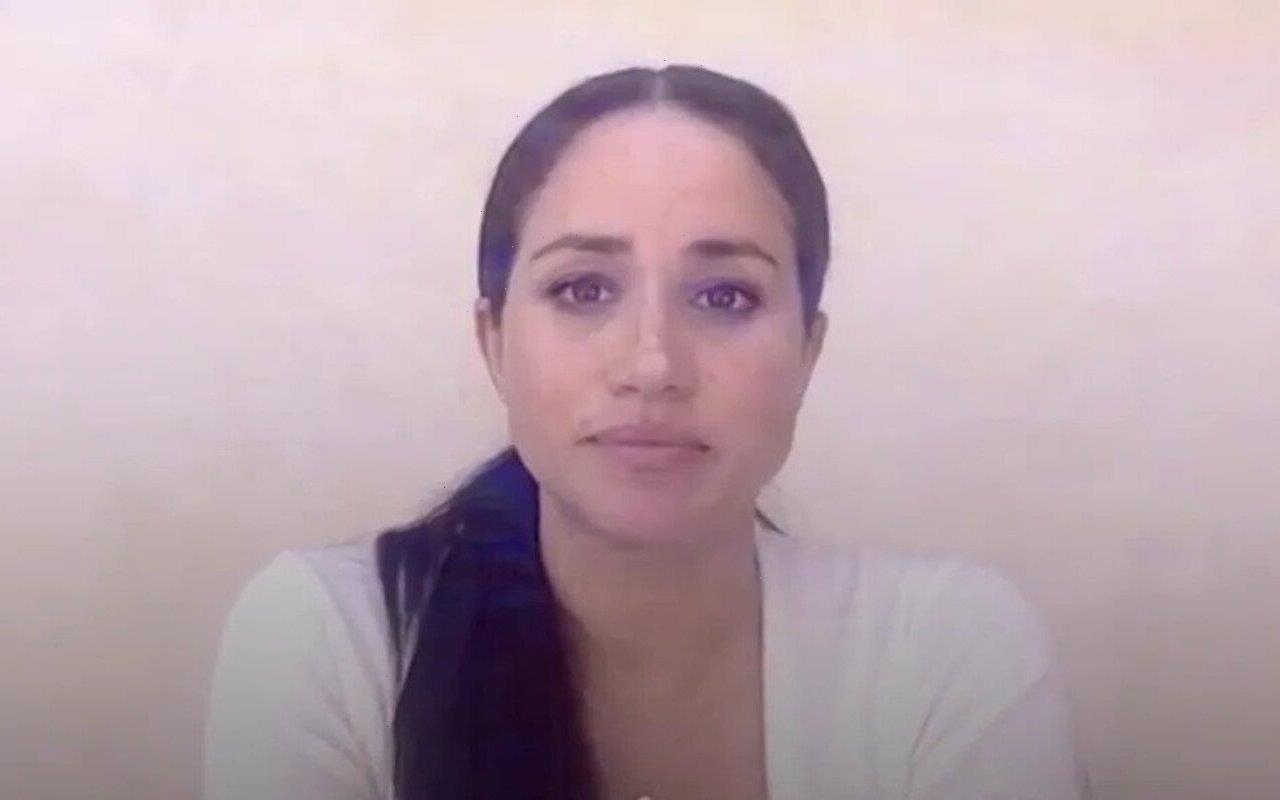 The Duchess of Sussex talks about the struggle of being a mother in public eye, claiming the ‘guilt’ because of high expectations can often be so ‘self-imposed.’

AceShowbiz -Meghan, Duchess of Sussex laments about being a mum in the public eye, saying it can come with “crushing guilt” due to high expectations. While sitting down with Canada’s first lady Sophie Trudeau, she shared her belief on the latest episode of her “Archetypes” podcast, titled “Good Wife/Bad Wife, Good Mom/Bad Mom”.

Describing Sophie, 47, as a “dear friend” whom she first met seven years ago during Toronto Fashion Week when she was acting in “Suits“, the Duchess, 41, said when introducing her guest, “She knows what it feels like to be a mum and a partner.”

“And specifically a mum and a partner in the public eye, and also how crushing the guilt of expectations can become – the guilt that we feel as mothers or as women, in general, is self-imposed.”

The Duchess, who shares son Archie, three, and 16-month-old daughter Lilibet with her husband Harry, Duke of Sussex, 38, also told of her “chaotic” mornings with her family. She said, “For me, it’s, you know, both monitors on, for the kids to hear them, always up with Lily, get her downstairs, then a half hour later Archie… how someone does this without a partner to help them through? It is so much work to be a mom.”

The podcast comes after the Duchess received a backlash for saying in the last episode she felt objectified during her time as a briefcase girl on quiz show “Deal or no Deal“, with her former co-stars disagreeing with her take on the series and saying they didn’t feel like they were mistreated.

She said, “You have to imagine, just to paint the picture for you, that before the tapings of the show all the girls would line up and there were different stations and you had your lashes put on and your extensions put in and the padding in your bra.”

“We were even given spray tan vouchers each week, because there was a very cookie-cutter idea of precisely what we should look like, it was solely about beauty and not necessarily about brains.”