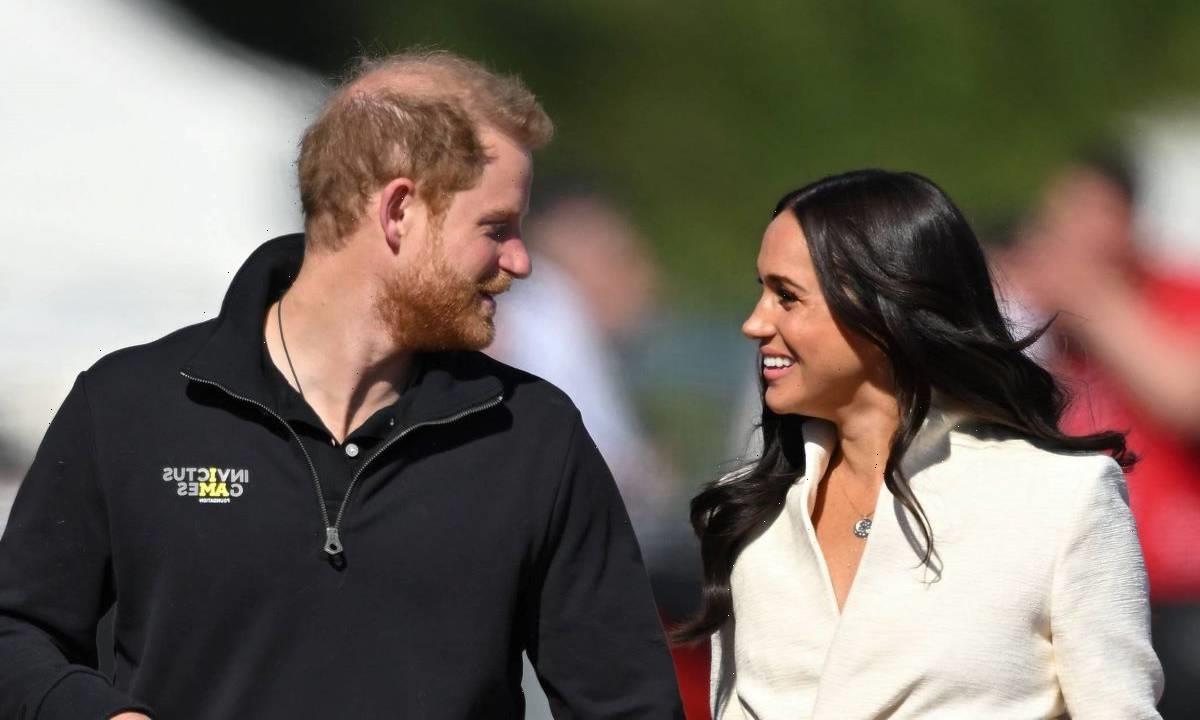 Meghan Markle made an appearance in support of her husband on Friday when she attended another of Prince Harry’s polo matches.

The former actress looked so relaxed in a white shirt and matching shorts, which she wore with sunglasses, a brown belt and flat sandals.

The mother-of-two beamed as she walked in one shot, which saw her carrying a croquet mallet as Harry followed her in his polo gear.

In another photo, Meghan bent to get something out of her shoulder bag, which turned out to be a pair of binoculars, no doubt so she could study the game more closely!

WATCH: Prince Harry discusses his and Meghan Markle’s visit with the Queen

Royal watchers will surely have been delighted to see the new images, which were shared to social media by fan accounts.

Meghan was seen attending one of her husband’s polo matches earlier in the month, when she enjoyed a fun day out with her good friend Markus Anderson.

Meghan and Harry often publicly support each other

At the earlier event, the Duchess favoured black shorts, a blue and white striped shirt and her signature straw Panama hat.

Markus, meanwhile, opted for beige trousers and a light blue shirt. The pair have been friends for years and Markus, who is the Director of Soho House, has often been by Meghan’s side at both low-key and high-profile events.

He joined her when she finally made her relationship public with Prince Harry at the Toronto Invictus Games. He also attended her wedding in Windsor and hosted the couple in Amsterdam in 2018, when Soho House opened a new hotel in the city.

Prince Harry and Meghan are known to be fans of the private members’ club, and even went on their first date at its London branch in 2016.

The couple have a busy few weeks ahead of them, with their upcoming visit to the UK at the start of next month for the Queen’s Platinum Jubilee celebrations and their youngest child, daughter Lilibet, turning one on 4 June.