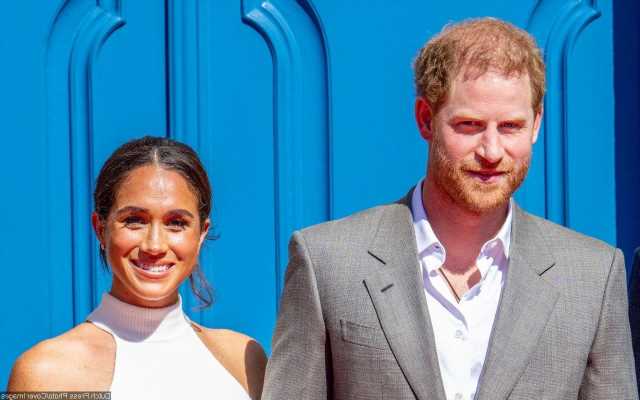 The Duchess of Sussex and her royal husband have been honored with an accolade from Robert F. Kennedy Human Rights organisation for their humanitarian work.

AceShowbiz -The Duke and Duchess of Sussex have been lauded with the Ripple of Hope Award. Prince Harry and his wife Meghan – who tied the knot in 2018 but stepped down from royal duties in 2020 – are applauded for their humanitarian work on social issues such as racial justice and mental health through their Archewell Foundation with the accolade from the Robert F. Kennedy Human Rights organisation.

“When The Duke and Duchess accepted our award laureate invitation back in March, we were thrilled. The couple has always stood out for their willingness to speak up and change the narrative on racial justice and mental health around the world,” said Kerry Kennedy, the president of RFK Human Rights.

“They embody the type of moral courage that my father once called the ‘one essential, vital quality for those who seek to change a world that yields most painfully to change.”

Other laureates for this year include co-founder and managing partner of Siris, Frank Baker, chair of the board and CEO of the Bank of America, Brian Moynihan, as well as Ukrainian president Volodymyr Zelensky.

Earlier this week, Harry – who has son Archie, three, as well as 16-month-old Lili with the former “Suits” actress – warned that the UK is “going through a lot” and urged people to “help” others where they can.

Speaking to winners of the WellChild Award via video call from his California mansion, he said, “The UK is going through a lot right now. And it needs people like you to continue to do what you do and to inspire other people to step up and help out where they can.”