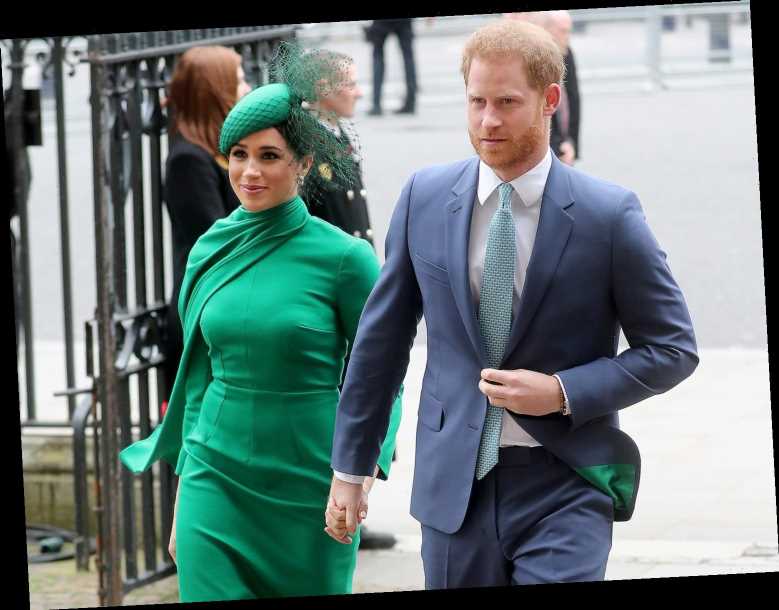 Prince Harry and Meghan Markle are paying tribute to the Duke of Sussex's grandfather Prince Philip.

The couple's Archewell Foundation website has been temporarily taken down and replaced with a message mourning Prince Philip, who died at the age of 99 on Friday.

"In Loving Memory of His Royal Highness The Duke of Edinburgh, 1921-2021," the dedication says. "Thank you for your service…you will be greatly missed."

Harry, 36, will likely return to the U.K. for the first time in over a year to attend his grandfather's funeral. In accordance with the latest COVID-19 guidelines, he will likely be able to quarantine for several days and be tested for the virus before joining his family for the funeral at St. George's Chapel at Windsor Castle.

It's unclear if Meghan, 39 — who is pregnant with the couple's second child, a baby girl — will join her husband or stay in California, where they relocated with son Archie in March 2020 at the start of the COVID-19 pandemic after stepping back as senior members of the royal family. Prince Harry has always been very close with his grandfather, who would have turned 100 in June. They were often seen smiling and joking around while on royal outings together. Philip also played a crucial role in Prince William and Prince Harry's lives after the death of their mother, Princess Diana, in 1997.

In The Diana Chronicles, author Tina Brown wrote, "A member of the Balmoral staff noted that Prince Philip, who had effectively lost his own mother at the age of ten when she was committed for three years to an asylum in Switzerland, was brilliantly effective with his grandsons, offering them gruff tenderness and outdoor activities like stalking and hiking to tire them out."

Although he retired from public duty in 2017, the Duke of Edinburgh was in attendance for many important family milestones. He attended Harry and Meghan's royal wedding in May 2018 shortly after undergoing hip replacement surgery. He was also present for a historic family photo after the birth of the couple's first child, Archie, in May 2019.

Prince Harry also spoke about keeping in touch with his grandparents via video chat during a recent appearance on The Late Late Show with James Corden.

Harry said, "My grandfather instead of pressing 'leave meeting' he just goes 'doof,'" he explained while gesturing how his grandfather slams a laptop closed. "So, we're like 'Ok, bye,'" Harry quipped.

Harry and Meghan join other members of the royal family in paying tribute to Prince Philip online.

The royal family's official website now features just a homepage with a dedication to the Queen's husband of 73 years. In addition, all three official royal Twitter and Instagram accounts — Royal Family, Kensington Royal and Clarence House — have replaced their usually smiling profile photos with symbols and shared the announcement of Philip's death along with a black-and-white portrait of him.

RELATED: See Queen Elizabeth and Prince Philip Through the Years

Funeral plans for Prince Philip have been set in motion as Queen Elizabeth enters an eight-day period of mourning.

The monarch, 94, will refrain from carrying out any royal duties during this time. Affairs of state will also be put on pause.