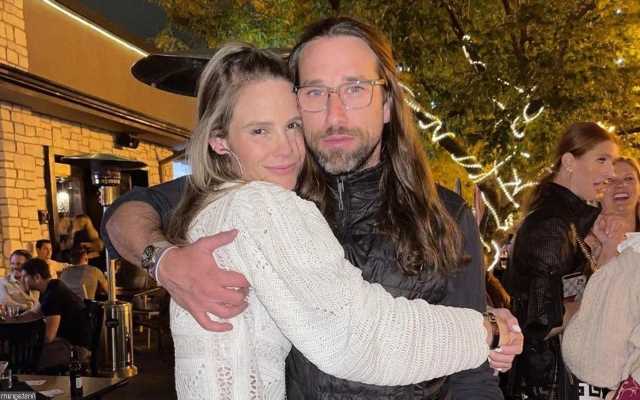 In a new interview, the former star of ‘The Real Housewives of Orange County’ also shares that she saw some red flags in the nephew of U.S. President Joe Biden, adding that he is also a good actor.

AceShowbiz –Meghan King is planning to get her brief marriage to Cuffe Owens annulled. The former star of “The Real Housewives of Orange County” revealed the matter during her appearance on SiriusXM’s “Jeff Lewis Live” on Thursday, March 31 as she got real about her three marriages.

“I was married when I was 22. Yeah, so I feel like that one didn’t count, you know, that was like a practice. Then I was married to my ex-husband [Jim Edmonds], who I have my kids with for five years,” she shared. Of her marriage to Jim, the reality TV star said, “And that was real. That was a real, legitimate marriage and divorce. And then this last one is gonna be annulled, so I’ve had three weddings and two marriages.”

She went on to share that her relationship with the nephew of U.S. President Joe Biden felt like an arranged marriage. “I think that I was so ready for a partner and for some, I have three little kids that I have all the time pretty much. And so I just really want some help and I want a partnership,” the 37-year-old star explained. “He said all the right things and I and the families were a good, good fit. And he seemed to grow up similarly to me and it was almost like an arranged marriage. I felt like, except we chose one another.”

During the interview, Meghan shared that she saw some red flags with the Georgetown University alum, adding that he was also a good actor. “I think that I was so ready for a partner,” she went on to elaborate. “I have three little kids that I have all the time pretty much. And so, I just really want some help and I want a partnership.”

Despite her rough journey, Meghan admitted that she is kind of a “love addict.” She divulged, “I love falling in love, but you know what I like more than falling in love? I like the stable part. Like the honeymoon phase is great and everything, but I really just want stability and I want a partner. And so that’s what I’m looking for over and over and over and I’m getting it wrong. So something is off.”

Meghan and Cuffe tied the knot in October 2021, just a month after meeting on a dating app. The “Intimate Knowledge” podcast co-host and the attorney, however, split two months after their wedding. Confirming the breakup, she wrote on Instagram Story in December of that year, “I am rattled. This situation is profoundly devastating. This is obviously not what I imagined when I made my vows – and I’m shocked and saddened by the way things turned out.”

“I am moving forward with my children as we privately process our pain and begin to let go of shattered dreams,” she continued. In a separate Story, she added, “At this time I ask for your grave and gentle kindness as I navigate this labyrinth of grief with my family.”