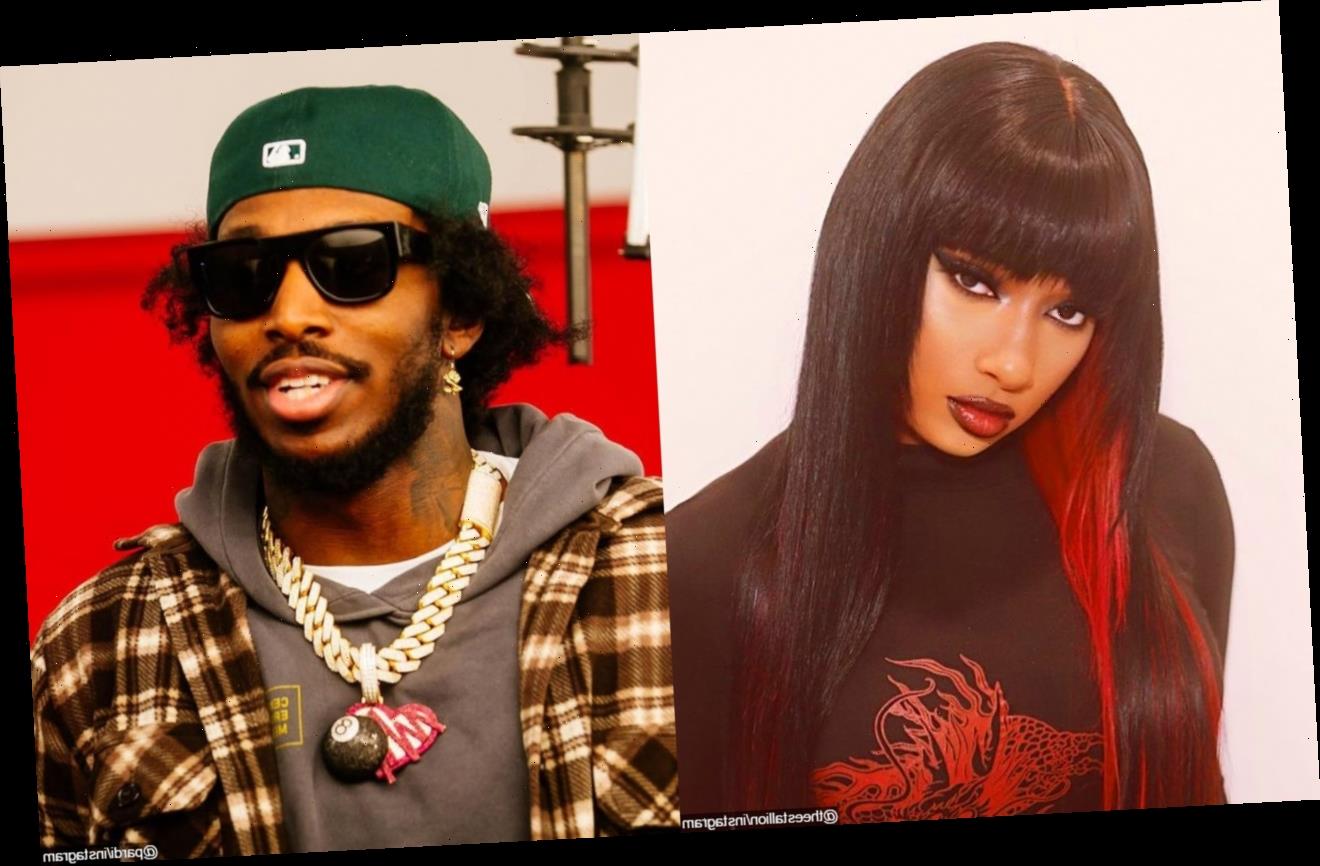 Confirming she’s dating the ‘Backin’ It Up’ rapper on Instagram Live, the ‘Hot Girl Summer’ hitmaker says, ‘I didn’t like what they was trying to say about Pardi.’

AceShowbiz –Megan Thee Stallion and Pardison Fontaine‘s relationship may be brand new, but she has shown how loyal she can be as a girlfriend. The raptress has come to her boyfriend’s defense amid concerns over his seemingly aggressive behavior in a viral video.

Going live on Instagram on Friday, February 19, Megan made use of the occasion to finally confirm they are dating while also addressing the supposed fight video. “Y’all not about to play with my man,” the “WAP” emcee said while blushing the entire time. “He don’t even be doing nothing to nobody. Yeah, he my boyfriend. He probably on his live blushing. Okay, let me get off. But yeah, stop playing with him.”

“I don’t be liking some of the stuff on the internet,” the Texas rapper said of the Internet’s speculation about Pardi’s behavior. Disagreeing with people’s opinion on her new boyfriend, the 26-year-old star added, “People don’t know what the hell they talking about, they just be saying anything. I didn’t like what they was trying to say about Pardi[son Fontaine].”

” ‘Cause he is so calm and so sweet. And very, you know. That’s my boo. And I really like him…,” she went on gushing about the Newburgh native. “He is so perfect and he would never do anything to hurt me, just so y’all know.”

Megan also responded to criticism that she’s acting like a “simp” following her new romance. “I never said hot girls can’t have boyfriends,” she argued, referencing to her previous statement that being a hot girl “is about being unapologetically you, having fun, being confident, living your truth, being the life of the party.”

Meanwhile, Pardi has posted the first picture of Megan on his Instagram account. Featuring the raptress on a bed decorated with red roses, it showed how he spoiled his girlfriend. “SOME TIMES YOU JUST GOTTA DO THE MOST,” he captioned it.

Megan’s fans were previously worried about her after a video of Megan’s friend’s IG Live surfaced online, capturing the new couple’s alleged fight. While the two stars were not seen, Pardi was heard shouting, “Tell Megan to come to the door … Y’all got five seconds before I come through this s**t,” while banging on the door.