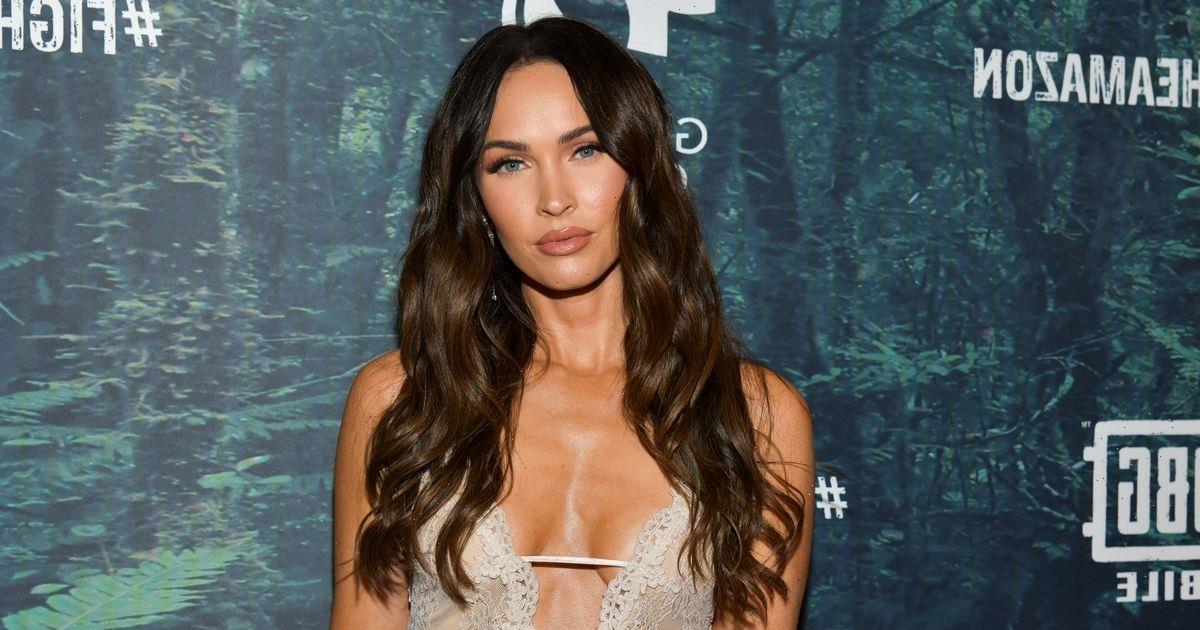 Megan Fox is something of a pin-up herself, but her unreal transformation into 90s babe Pamela Anderson needs to be seen to be believed.

Mum of three Megan looked incredible as she squeezed her lithe figure into a burgundy and pink latex minidress which exposed plenty of cleavage as she pouted and posed for cameras, whilst balancing on perspex heels.

She donned a peroxide-blonde wig and wore 90s-style glam with icy coloured eyeshadow, fluttering lashes and plenty of lipliner as she looked uncannily like Baywatch star Pamela.

A black-haired Machine Gun Kelly, whose real name is Colson Baker, rocked the part of Tommy in a pair of leather trousers, chunky combat boots and a white vest as he showed off his many tattoos and smoked a cigarette.

Megan and MGK looked as loved up as ever, nine months on from getting engaged after MGK popped the question during a romantic holiday to Puerto Rico, under the same tree where they fell in love.

Dressing as Pamela Anderson was a popular choice for many celebrities this Halloween, as Little Mix's Jesy Nelson and Selling Sunset star, Emma Hernan, also did their best Pammy impressions.

Jesy, 31, looked the part in a red latex dress with a white section around the bust as she sported a peroxide blonde wig and sultry makeup.

She looked cosy with the mystery man who was dressed as Tommy, and in one of the snaps posted on Instagram, they could be seen wrapping their arms around one another as he placed a tender kiss on her head whilst she stared sultrily into the camera.

Jesy captioned the post: "Pam and Tommy have arrived!!! #JesysHellOnEarthParty."

The 29 year old showed off her incredible figure in a very high-cut red swimsuit printed with the Baywatch stamp, as she added a red Baywatch cropped jacket.

Around her neck, she wore a red whistle and in her hand she carried a red medical bag.

Alongside her post, Emma wrote: "Just out here trying to save some lives last night at the @casamigos Halloween bash!!"