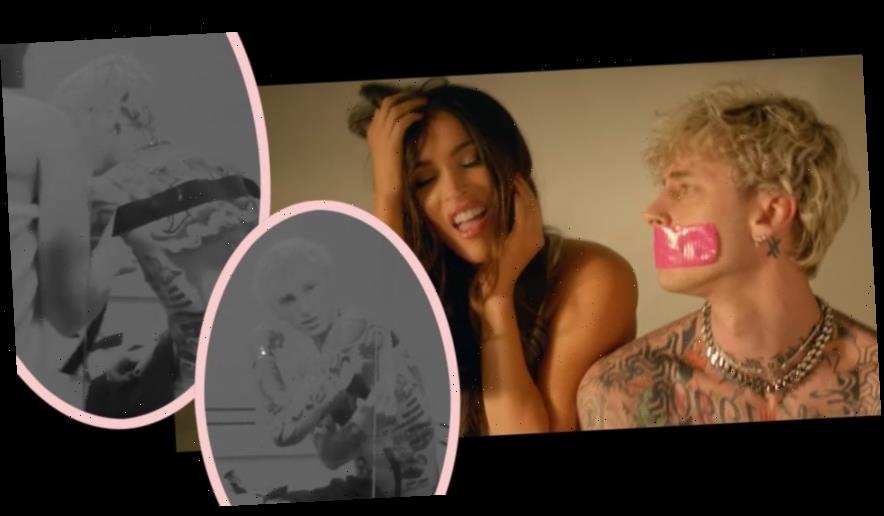 Well, if you thought the sexy music video for Bloody Valentine was Machine Gun Kelly and Megan Fox‘s relationship coming-out party, just wait until you see the behind-the-scenes footage!

To celebrate the success of the vid — 4 million views in the first 24 hours, big numbers for Colson — the rocker posted a video in which all that pink duct tape gets removed. By his co-star.

Yes, while he’s wearing nothing but a towel, which is just barely draped over him covering his junk, Megan — also in just a towel! — comes over to help him pull off the tape.

It looks about as painful as it sounds, though maybe not to anyone else more than poor Brian Austin Green?

Ch-ch-check out the intimate-ish BTS vid (below)! 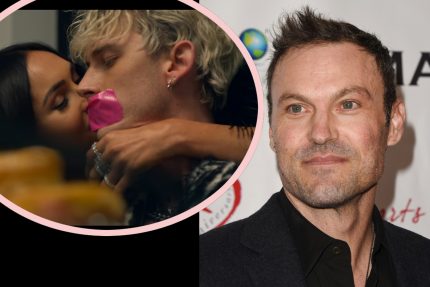 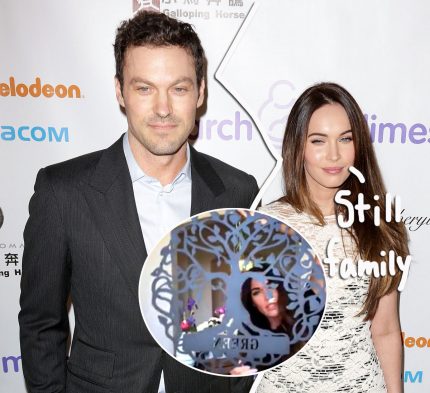 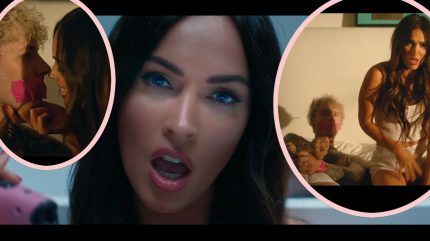