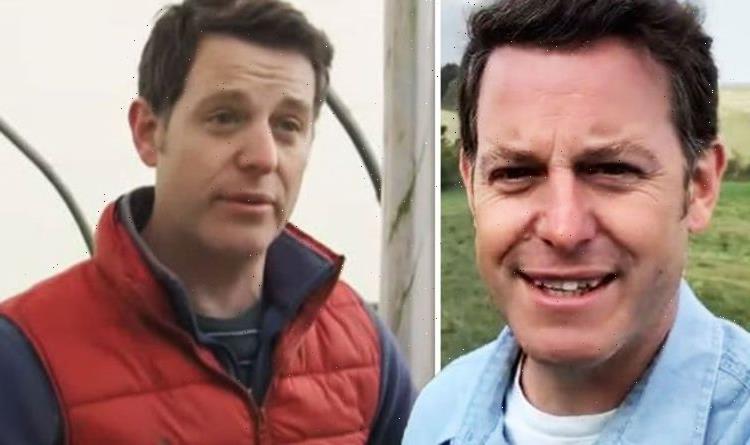 Our Farm in the Dales star Matt Baker has spoken out about the “driving force” behind his Durham Dales based farm. Speaking exclusively to Express.co.uk, the former The One Show presenter, 43, addressed running the farm with his family’s help, before revealing which family member is to thank for the bulk of the working farm’s management.

But as far as the farm is concerned, my mum is the driving force

Speaking about who looks after the farm during his absence, the TV personality gushed over his wife of 16 years, Nicola.

Matt said: “She is incredible, she’s so organised.

“She is the most amazing person, there’s no doubt about it.

“I’m so fortunate, it was the best of my life when I met Nicola, there’s no doubt about that,” he added.

But the star explained that the real support on the Durham farm came from another family member.

“But as far as the farm is concerned, my mum is the driving force.

Matt went on: “It’s great to have such a capable family, that’s the world I’ve grown up in, it’s kind of all I’ve known really.”

The star went on to reveal that a third generation of his family often chip in with the work on the farm too – his two children Luke and Molly who regularly feature on the All 4 programme.

“My children are always very helpful, they’re always there to do what they can, it’s how we roll as a family,” Matt said.

He went on to reveal that he’s currently busy producing the farming show’s Chrstmas special.

Speaking about the festive episode, Matt said: “We’ve started filming it, which is funny doing a Christmas special in October.

“But needs must, we’re actually editing that at the moment.

“I produce and direct that show as well, so it’s a busy time, but I wouldn’t have it any other way.

He added: “It’s my family, it’s my home, so to be across every single inch of it is very important to me.”

Last week saw the farmer announce that he had raised over £2million for Children in Need after embarking on a five-day Rickshaw Challenge across the country.

Speaking about his achievement, Matt said: “Rickshaw has been a huge part of my life over the last 11 years and I’m over the moon we’ve managed to find a way of it happening again, showing viewers how their donations help change young lives.

“Cycling with Tom, Rainbow, Liv, Harrison and Millie was great – these young people showed sheer courage, dedication and they all inspired me and I’m sure, everyone watching at home.

“Thank you so much to the public for their generous donations, I am ecstatic with the total funds raised so far.”

The BBC star has now raised more than £43million for the charity over the course of 1 years with the Rickshaw Challenge.

Countryfile is on tonight at 5.25pm on BBC One.