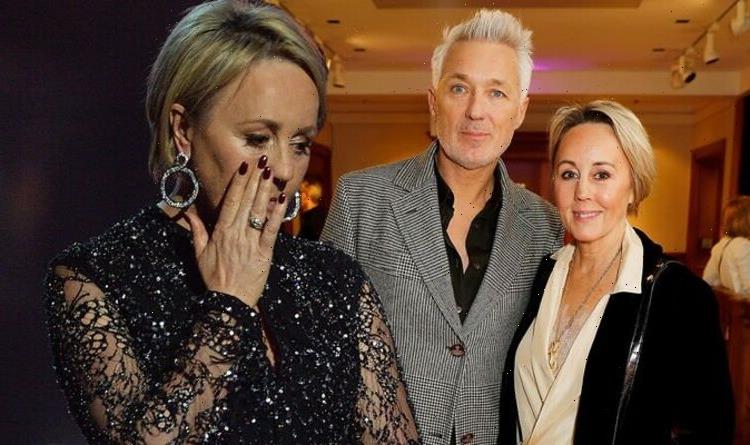 Martin and Shirlie Kemp are set to release their album In The Swing Of It this month. The pair have spoken about their tough time apart back when Martin was away on tour, and detailed the romantic way they stayed in touch.

The pair revealed that they once romanced each other through the magic of postcards, which is worlds away from the dating apps and Instagram DMs of today.

Martin, 60, was first introduced to Shirlie, 59, by late pop icon George Michael, who was her old school pal.

While the couple’s relationship has stood the test of time, they admitted that it wasn’t always easy.

“I was away a lot on tour,” the Spandau Ballet star remembered.

“There were no mobile phones, and you couldn’t use a hotel phone because it would cost you a fortune.

“The only form of contact was postcards, ridiculous when you think of it really,” he reflected during his interview with the Daily Mail’s Weekend Magazine.

Shirlie even admitted she had kept the postcards from Martin, proving that romance certainly isn’t dead.

“I’m not sure I sent any – it was a very Martin thing – but I’m in tears when I read them now,” she confessed.

Shirlie revealed Martin also sent postcards to her parents, asking them to tell her how much he missed her.

She added that it was “upsetting” now, because she had lost her parents since.

In his new BBC series, Rock Till We Drop, Martin and grime artist Lady Leshurr take on mentoring duties for amateur musicians aged 64 and over who will form a band with the aim of performing at the Isle of Wight festival.

Speaking about Rock Till We Drop, Martin said: “I loved the driving force behind the show, because it’s so heart-warming: to help people realise a dream that they’d all but given up on and put them on stage in front of 60,000 people on a sunny afternoon.”

In a statement, Martin told the BBC: “The hardest thing has to be telling some of the guys that we couldn’t take them along to the next stage, as a performer I know how much that hurts.”

They even played at Live Aid, however, their split was less than amicable.

Speaking to the Radio Times, Martin opened up about how stressful it was when Spandau Ballet disbanded.

Looking back on this time with the band, he said: “When Spandau Ballet split up in 1990, I had about eight years when I wouldn’t even buy a record because it made me feel physically sick.

“Being in Spandau was just one argument after the other. We’d go from arguing to being best friends to arguing.

“Rock Till We Drop made me remember how much fun the music business can be,” he said, with a smile.

“It’s about achieving your dreams and having fun.”