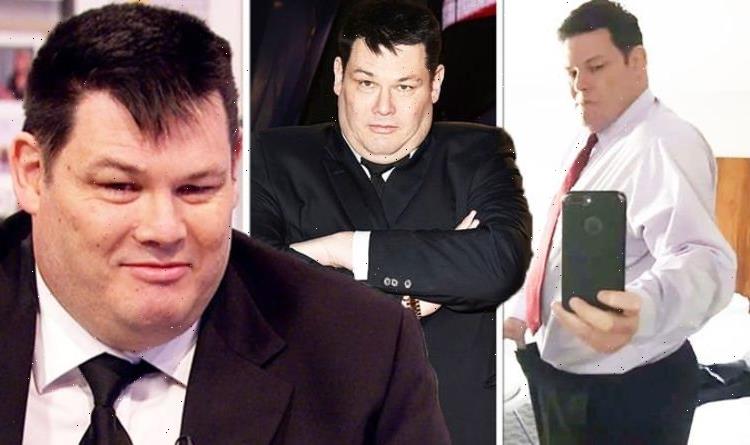 The Chase: Mark Labbett gets his first two questions wrong

Mark Labbett, otherwise known as The Beast on The Chase, has spoken candidly about his health issues after being diagnosed with diabetes in 2017. At his heaviest, the quizmaster weighed 29 stone as he revealed that “sugar was my vice”.

The ITV favourite has since spent the past few years getting into shape as he made a candid admission about his former lifestyle.

Mark, 56, explained that he had to learn the hard way when he began his weight loss journey.

The quizzer admitted he was not surprised when he was diagnosed with diabetes after he binged through 12 chocolate bars each day for years.

“I think me being diagnosed as a diabetic was like a three-bottle-a-day alcoholic being told that they have cirrhosis of the liver,” Mark commented.

“I had done the crime so I’m doing the time.”

“I didn’t smoke. I didn’t drink. No drugs, no gambling. God knows, no loose women. But that was my thing – sugar. So I could hardly complain.”

Mark also revealed that before he was diagnosed with the condition, a nurse had shared her concerns with him.

“I’ve never had a diabetic episode,” he explained.

A diabetic episode, which is medically referred to as diabetic hypoglycaemia, occurs when someone with diabetes doesn’t have enough sugar (glucose) in his or her blood.

Glucose is the main source of fuel for the body and brain and during a diabetic shock, blood sugar levels drop dangerously low.

The Chase star revealed it was through a routine check that healthcare professionals made the discovery.

“I’ve got skin that doesn’t heal properly in my lower legs,” Mark continued.

“A nurse looked at me and she asked, ‘Are you sure you’re not diabetic?'”

Mark was diagnosed with type 2 diabetes four years ago and has continued his quest to lose weight over the years.

“I’ve still got a way to go. It turned out a couple of years ago I wasn’t far away from being non-diabetic,” he said.

“I got pretty close to it. Unfortunately, I let myself go a bit because I didn’t know at the time.”

Beat the Chasers airs tonight on ITV at 8.30pm.